Governor Sandoval will call a special legislative session in October to determine whether Sheldon Adelson and the Raiders will receive a massive taxpayer subsidy to build a stadium in Las Vegas.  It would be the largest public funding of a stadium in American history.  With the public so invested in the proposal, it is fair to question whether Las Vegas is a viable NFL market. 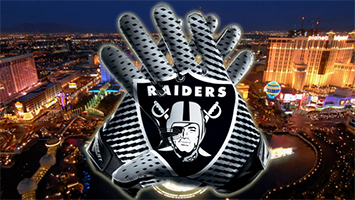 We used Nielsen TV market rankings to determine the size of each NFL team’s market. The NFL defines a team’s hometown TV viewing area as a “primary market.”  That is where Las Vegas would rank 29th among the 32 teams.

There are also “secondary markets.”  These are TV markets that at any point come within 75 miles of an NFL team’s stadium.  Secondary markets must air all road games and have the option to pass on home contests.  Most secondary markets air all available games due to regional interest.

Las Vegas ranks 40th in the country in terms of television market size, referred to as “Designated Market Area (DMA)” by Nielsen.  There are only three primary NFL TV markets that are smaller than Las Vegas; Buffalo, Jacksonville and New Orleans.  Each of these NFL markets has a larger reach in terms of potential TV viewers and regional interest than a Las Vegas Raiders team could ever achieve.

Every current NFL team has secondary TV markets.  Las Vegas would have none.  This is where Buffalo, Jacksonville and New Orleans would knock Las Vegas to the bottom of the list in terms of the brand’s TV reach, something extremely important to a relocating franchise.  This is the territory where the team’s product is aired weekly and memorabilia primarily sold.

Nielsen estimates that Las Vegas has 736,700 households.  That is 0.65% of the U.S. population.  Occupied hotel rooms would only move that number up about 0.1%.

The three smaller primary market teams are the Jacksonville Jaguars (0.59%), New Orleans Saints (0.56%) and Buffalo Bills (0.52%).  These three teams have secondary markets that make the reach much larger than the Las Vegas Raiders could ever achieve.

Jacksonville has three secondary markets; Gainesville, Orlando and Savannah.  Orlando is the 19th largest DMA in the country, more than double the size of Las Vegas.  Gainesville and Savannah add another 450,000 households.  This makes the Jacksonville Jaguars’ TV market roughly 2.3% of the US population.

New Orleans has two secondary markets; Biloxi and Baton Rouge.  These two cities comprise 0.4% of the U.S. population.  The New Orleans TV market is 0.96% of the US population when including the primary DMA.  This does not include Mobile TV market that never passes on a Saints game.  That would move the total up to 1.4%.

The Buffalo Bills have four secondary markets; Toronto, Syracuse, Rochester and Erie.  Toronto has nearly four times the households of Las Vegas by itself.  The reach for the Buffalo Bills is equivalent to 3.9% of the US population.

What About Green Bay’s Market?

While the Green Bay DMA is smaller than Las Vegas, Milwaukee is considered a primary TV market for the Packers.  It is the only NFL market with two primary DMAs.  Milwaukee has 145,000 more households than Las Vegas.  This does not include the 434,000 households in Green Bay.  The primary markets account for 1.30% of the country’s population when including the Wausau secondary market.

Las Vegas would have no secondary TV markets under current NFL rules.  There are two DMAs that come within 75 miles of the proposed Las Vegas Raiders stadium sites; Los Angeles and Phoenix.  Both are home to NFL teams, making them primary markets.  The Las Vegas Raiders would not be able to claim either.  The Salt Lake City and Reno DMAs are more than 75 miles away.

That would make the official Las Vegas TV market 0.65% of the US population.  This would give it the smallest reach of any NFL team.  It would be one of just two (New Orleans) lower than 1%.  Including Reno (0.23%) in that number, the only other TV market outside Las Vegas likely to air all Raiders games, still does not get Las Vegas out of last place.

Los Angeles would air few Raiders games as a grandfather clause makes the city a secondary market of the San Diego Chargers.  Raiders’ games would often air at the same time as Rams home games, creating doubleheader blackouts even when there are no Chargers’ conflicts.

Phoenix is not likely to show Raiders games on any meaningful level as there is no regional interest there and Cardinals games would create numerous scheduling conflicts.

Salt Lake City cannot be counted on as a city that may voluntarily show Las Vegas Raiders games.  Utah TV stations are loyal to the Denver Broncos.  Most Broncos games would air at the same time as the Raiders on the same network.

Las Vegas ranks around the third or fourth market every year in terms of NFL TV ratings.  The quality of the games broadcast in the market adds to the viewership, something the Raiders would drastically alter.

All 16 Raiders games would be forced upon the Las Vegas market.  The team normally airs on local TV two or three times annually.  This would bump about 13 quality matchups for less compelling ones involving the Raiders.

NFL rules state that no other game may air in the primary market when a team plays at home.  This would remove another four to eight games from the Las Vegas market annually.

NFL viewers that are not Raiders fans will have to get Sunday Ticket. That is a high level of the population due to the transience of Las Vegas.  Most NFL fans that move to Las Vegas continue to cheer for their home team.  Those that do not are often more concerned with the team and point spread printed on their betting slip.

Raiders are not a Competitive Team

The Raiders are one of the worst franchises in the NFL in terms of a winning culture.  The Raiders have not posted a winning season since 2002.  Only three of those 13 seasons produced more than five wins.  There are more seasons with four or fewer wins than there are with five or more during that time span.

Attendance at the Oakland Coliseum collapsed during this historic losing streak to the point that the Raiders tarped off nearly 11,000 seats in an attempt to get around NFL blackout rules enforced at the time.  That is 17% of the stadium’s capacity.  That move gave the Raiders the smallest stadium capacity in the NFL by more than 8,000 seats.

How many 4-12 seasons will Las Vegas endure before it experiences attendance issues?  Proponents claim that the Raiders are on an upswing, pointing to last year’s 7-9 record.  While that is better than the three and four-win seasons posted the previous three years, it certainly will not help sell out the Adelson Dome.

Why Does This Matter?

If taxpayers are expected to shoulder the burden of building the Las Vegas Raiders a stadium, it is important that the team experiences success in its new market.  The Raiders would start out at a disadvantage no other market faces, in a city that never fully recovered from the Great Recession where residents already have a favorite team or are simply indifferent.

No matter how small the market is, the early years are sure to fill the stadium.  A team unable to win and regionally market itself could put Las Vegas taxpayers on the hook for this NFL experiment when another billionaire in a different city proposes the next stadium scam.