In a court decision that has set likely set a legal precedent going forward, poker professional, Phil Ivey, was ordered to pay back $10 million dollars he won in Atlantic City’s Borgata Casino back in 2012. Ivey and his partner were using a technique called edge-sorting to gain an edge against the casino.

Edge-sorting is when a player determines the value of a card that is face-down by observing and then exploiting inconsistencies based on how the cards are cut. The player can’t alter the cards himself, (that would be illegal and he or she would face prison time) but can take advantage if the casino is not watching them carefully and inherent inconsistencies in the deck emerge. 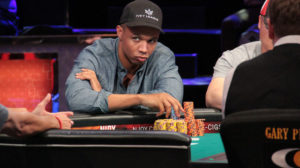 Ivey sat with Cheng Yin Sun four times in 2012 at Borgata’s baccarat tables where he employed his edge-sorting technique. He won $9.6 million playing that game and another $504,000 playing craps. He was ordered the pay the full amount of both wins back to the casino.

Ivey and his partner didn’t just sit down at a baccarat table and begin to play. They had a few requests, firstly, that the game is played with Gemaco cards. Second, an automatic shuffler must be used, and third, that the dealer speaks Mandarin Chinese.

These requests, in other games, such as blackjack or carnival games, like Three Card Poker, Let It Ride, and others would have been major warning signs for a potential advantage player. However, in baccarat, untraditional requests are rather common.

The Casino Can Say No

Let’s be clear about Ivey’s requests – they’re entirely optional to the casino management at the Borgata. If they decide to break protocol and do these a different way – that’s on them. At the time, they felt like accommodating Ivey’s wishes made sense.

Maybe they knew he was a big gambler who liked to bet huge and was soft action. However, to be truthful, it doesn’t matter the reason that they accommodated Ivey’s requests. They did, and they could have told him to go some other place in town if they felt uneasy about his play.

Ivey’s partner, Sun, could see the inconsistencies in the cards and would ask the dealer to rotate a card with a higher value, allowing the card to distinguishable the next time it came around. Again, something the casino management could have refused.

Then, the use of the automatic shuffler, once again, requested by Ivey, helped keep the orientation of the cards in tack. Just another request, that they could have turned down.

The Borgata took the gamble that Ivey and Sun didn’t have an edge and weren’t using advantage play.

That’s a gamble they lost. No one put a gun to their head and forced them to take Ivey’s action. They had every opportunity to refuse or spot the suspicious play, but they failed to do so before they were down big.

The ruling stands that they violated the state’s Casino Controls Act, which prohibits the marking of cards. Except, that Ivey and Sun didn’t mark any cards. They only benefited from the casino’s mistakes.

The original complaint also stated that Ivey used a “cheating device,” which, was, get this, the automatic shuffler. Yes, the casino’s own automatic shuffler which Ivey or Sun never altered, was the device he was using to cheat the house.

Maurice “Mac” VerStandig, an East Coast-based attorney and expert on gaming law, wrote a piece in April 2014 that impressively broke the case and stated this in regards to the casino’s automatic shuffler being named a “cheating device.”

“Admittedly, I am not a judge, nor am I a New Jersey lawyer (though I work with many of them at Offit Kurman), but I cannot reason how a casino’s own automatic shuffler can be deemed a “cheating device” without making a mockery of either the gaming industry, the legal profession, or both. This is tantamount to a Yankees pitcher crying foul when a line drive is hit back at his chest — the medical staff may prove momentarily sympathetic, but an umpire is almost certain to just let out a chuckle and direct the next batter into the box.”

Yeah, that about says it all.

There hasn’t been a high-profile case on edge-sorting in U.S. courts, and this one has set a legal precedent, at least, in the state of New Jersey and perhaps nationally. This isn’t Ivey’s, nor Sun’s first run with a case like this, however.

Ivey and Sun won £7.8 from a United Kingdom casino, called Crockford’s Casino in London in 2012 as well. They played, basically the same game, Punto Banco, which operates almost identically to baccarat.

The pair never saw the amount they won, despite the casino promising them that they would wire their winnings to them. Ivey and Sun did get his £1-million-dollar stake back that he received when he arrived at the casino.

Ivey sued the casino but lost his first case. He got an appeal heard again by a London High Court, and their decision was handed down this past November that he once again had lost. He won’t see any of the money he won in London and may not see his Borgata money either.

Ivey has appealed the decision by the U.S. District Judge in the Borgata case, and we’re hoping he comes out ahead, not only for his sake but for the industry’s integrity.

This isn’t a case of loaded dice at a blackjack game or a slot jackpot going off in error – the floor watched him play all night, and they were asleep at the wheel. He didn’t break any laws, and he didn’t break any of the casino’s rules. I hope he gets to keep his rightful winnings.