With Halloween just a few days away, the staff at OUSC started thinking about some of the most memorable horror movie characters. Dressing up like Michael Myers from Halloween or Freddy Krueger from Nightmare on Elm Street makes Halloween that much more fun to scare our friends and family.

Thinking about Halloween, we wondered, what online casino games would these characters play? Would Jason Voorhees be any good at blackjack? Or perhaps Freddy would like to roll the dice in a craps game? Let’s take a look at our favorite horror movie characters and which real money online casino games they would play if they took a break from scaring up! 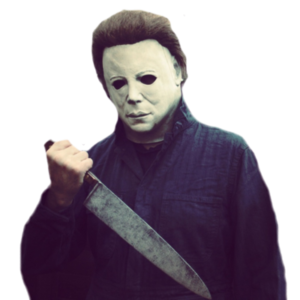 Perhaps the scariest horror character of all time, the silent Michael Myers first appeared in the 1978 John Carpenter film, Halloween. Michael takes on Halloween night to kill his young sister and comes back years later to wreak havoc on the Illinois town.

If Michael were to take a break from killing, put his massive knife down, and hit the gaming floor, you would probably find him playing at real money online slot games. Michael is somewhat of an introvert and doesn’t like to talk to people, so slots would be the best match for him. Spin the reels on some fun and thrilling online slots at one of our top-rated US online casinos, BetOnline. 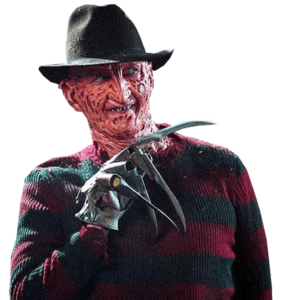 In Nightmare on Elm Street, Freddy caused everyone to stay awake because sleep was just too terrifying. He likes to enter your dreams and kill you while you sleep, which means you can’t go to bed, no matter how sleepy you may be.

If Freddy were to play an online casino game, he would most likely choose craps because he likes attention. Freddy wants all eyes on him in your dreams and he would be the same at the craps table. He might have a hard time throwing the dice with his metal-clawed gloved hand getting in the way, so online crap games would be the way to go. Channel your inner Freddy Krueger and play online craps at Bovada today! 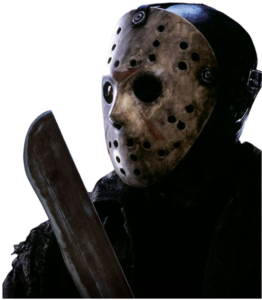 Whatever you do, don’t go in the water at Crystal Lake as Jason Voorhees lives there and won’t think twice about slicing you up with his machete. Seeking revenge for his mother’s death, Jason is one of the most well-known horror characters, wearing a hockey mask to cover up his horrific facial features. Counselors don’t stand a chance as Jason quickly takes care of them, eliminating anyone who comes to his camp.

Because Jason is so hung up on his mom, he would probably like to play online bingo, hoping that she could join him on the fun. If his mom were alive, he could even have her sit beside him at the computer and have a few cards for her as well. Head over to Cafe Casino today and be the first one to scream bingo! 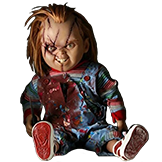 The most terrifying doll ever made, Chucky is a Good Guy Doll, a popular child’s toy from 1988 that was found in every home. One particular doll was possessed by the soul of Charles Lee Ray, the Lakeshore Strangler. Known as Chucky, the possessed doll begins to wreak havoc and kill everyone in his path.

Chucky likes to learn about his victims before planning out his killing sprees, so it’s no surprise he would strategize his gameplay as well. You can find Chucky hitting the video poker games, loud mouthing his opponents via chat as he plays his favorite online poker games. Visit Ignition Casino and scare off your opponents with your sneaky poker skills! 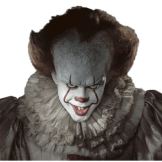 The title character from Stephen King’s 1986 horror novel IT has been terrorizing children and adults for decades. After being reborn in 2017, Pennywise continues to be an expert manipulator, going unnoticed by adults and capturing children. He uses his unique skills to get inside their heads, torturing them in every way imaginable.

Because Pennywise is a master manipulator and shapeshifter, we believe he could easily fit in at the live dealer blackjack tables, using his skills as a card counter. With his creepy stare, Pennywise would use his trickery to earn 21 hand after hand. Go to Wild Casino and start playing your favorite online blackjack titles today!

Which Horror Movie Character Are You?

Make this Halloween a little more fun and hopefully lucrative, taking time out from scaring to hit your favorite real money casino games. You never know, you might find that you are the next big winner or that you were playing alongside one of these gruesome characters!