Home » News » An Online Casino will Fund Journalism in Canada

An Online Casino will Fund Journalism in Canada

Torstar Corp. is venturing into online casino gambling this year to help fund its journalism. Some, though, are questioning whether the newspapers they own can maintain objectivity.

Torstar Corp. is the owner of several newspapers, including the Toronto Star and the Hamilton Spectator.

Since its founding in 1892, the Toronto Star has concentrated on advancing progressive causes, including civil liberties, social justice issues, and workers’ protections.

Nordstar is the company that owns Torstar Corp. Paul Rivett, Nordstar co-owner, said they are venturing into the world of online casino gambling to help further these efforts.

Doing this as part of Torstar will help support the growth and expansion of quality community-based journalism.

Government data suggests that Ontario’s residents are estimated to spend around $500 million a year on online gambling, with most of that money going to gray market websites outside of Canada. Rivett said that it was beneficial to everyone that Torstar Corp. became a gambling industry player.

We want to ensure the new marketplace is well represented with a Canadian, Ontario-based gaming brand so that more of our players’ entertainment dollars stay in our province.

A gaming industry consultant said that it’s not known how much revenue the online casino would generate. They also seem unsure how big the market will be in Ontario.

However, a Financial Post report suggests that legalized online gambling in Ontario would bring in $547 million in yearly revenue after five years.

At present, only the Ontario government is licensed to run online gambling; however, at some point this year, the province is to permit companies to take part.

Will the Newspapers Maintain Objectivity?

Some are questioning whether the newspapers owned by Torstar Corp. can maintain fairness. One such critic is Tom Muench, a city councilor in Richmond Hill. In his view, the role of newspapers is to be impartial and unbiased when reporting.

He questions whether a newspaper such as the Toronto Star would become financially dependent on an outside business to keep its operations running. He also wonders how those same newspapers would report on another company if they venture into the online gambling industry.

I think it’s fair to say that if a casino was to pop up in communities, say six months ago, many local Torstar-owned papers would write a concerned local story.

What to Expect from This Acquisition

Torstar’s move into online casino gambling has raised questions, but the company is confident this is the right step. They simply can’t ignore the potential revenue the market can bring in. Still, for the moment, it remains to be seen whether the Ontario government opens the door for other companies to branch out into real money online casinos.

Gambling enthusiast, with a passion for table games like poker and blackjack. You can find usually find her investigating the latest games and industry updates. 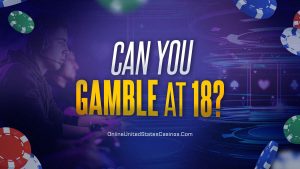