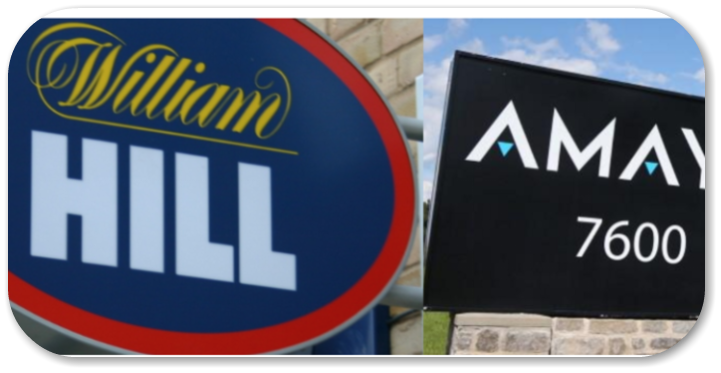 British based betting and gaming company William Hill and Amaya, the company that acquired PokerStars in 2014, were discussing a potential merger, however, the possible £4.5 billion merger talks have been abandoned.

A merger deal was thrown into doubt when one of the main investors in William Hill opposed the potential takeover plan of the Amaya Group. William Hill’s largest shareholder, Parvus Asset Management, sent a strongly worded letter to the board last week,

“We strongly encourage that the board and management stops wasting valuable time and shareholder resources pursuing this value-destroying deal,” the statement said.

It’s been a busy year for gaming-industry consolidation, Paddy Power joined forces with Betfair, while the merger between Ladbrokes and Gala Coral was confirmed this week. Betting companies are needing to adapt to survive tighter gaming regulations and higher taxes in the UK market. It is also a changing gaming market with a younger demographic who are more tech-savvy and opting to bet online.

Long-time William Hill CEO Ralph Topping who had been at the company for more than 40 years called it quits in 2015 after failing to deliver strong enough growth in online and international markets. Since his retirement, the company has wanted to avoid having a chief executive during this consolidation period, with an interim CEO filling his shoes in the meantime. Post-Topping at the helm, William Hill has been in takeover talks with 888 and Rank Group, but they rejected the £3 billion-plus bid made by two of its rivals.

William Hill, Paddy Power, and Ladbrokes all operate in the Australian betting market, but the online poker market is seen as the priority, but William Hill’s investors aren’t so sure this is the correct strategy moving forward. Despite exiting the US market (due to the UIGEA bill passed in 2006 which prohibited gambling sites from accepting money from Americans), PokerStars remains the largest online poker site, and by a significant margin over rivals 888 and PartyPoker.

William Hill wasn’t the first company in merger or takeover talks with Amaya. GVC Holdings and private equity firms have had their sights on Amaya, but the status of these deals is known. The company will now have to go back to the drawing board following the latest announcement.

Twitch and PokerStars Integration Holds Benefits For All