Just before the start of the new legislative session in Connecticut, bipartisan lawmakers from the southeastern delegation put forward a sports betting bill. This is the most recent attempt to propose legislation that would allow Connecticut to join neighboring states that have already adopted the practice.

The Specifics of the Bill

The bill regarding online sports betting was proposed just before the new legislative session on January 9th. This decision came about as a response to the U.S. Supreme Court proclamation that the former UIGEA act was unconstitutional.

At this time, several states have made a move regarding this court decree – Rhode Island, Pennsylvania, and New Jersey among the nearest ones. With Delaware and Nevada as additional proponents and official legal sports betting territories, the State Senator Cathy Osten has enough to back up her recent statement:

“Connecticut needs to play catch-up with surrounding states if we’re serious about modernizing our existing gaming industry. Fortunately, we can do that with a relatively simple regulatory fix, we have the infrastructure with the tribal casinos, we can use the new revenue, and we’ve got bipartisan support. This should be an early session success story.”

Along with Sen. Cathy Osten, there have been several other sponsors to the bill including:

There are also eight other state representatives that support the bill. Out of the latter, five were Democrats and three were Republicans, turning this bill into a bipartisan effort. 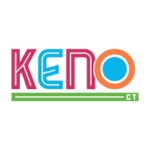 Under the letter of this bill, it is initially expected for the two existing tribal casinos in the state to take over online sports betting, while online keno would belong to the Connecticut Lottery.

Tara Chozet, the spokesperson of the organization, expressed their readiness to contribute more to the industry and called upon a fair distribution of the sports betting market across all stakeholders. Chozet stated:

“The Connecticut Lottery would optimize the returns to Connecticut, and we should be included in the conversations alongside other potential operators as this discussion evolves.”

Legal sports betting has brought a decent amount of turmoil across the US. Just regarding the issue of mobile betting, all states apart from Nevada have so far remained reluctant to authorize the service on their territory. While there have been firm claims that it would be a possibility for Connecticut bettors, negotiations are yet to come.

A more pertinent issue is the question of the two existing casino establishments, Foxwoods and Mohegan Sun under tribal ownership. Their claim over the exclusivity to provide slots gambling, as well as sports betting in the state is jeopardizing the budget, as well as the bill’s progress.

Only a consensus with the Bureau of Indian Affairs could push operations into motion. Problem gambling funding demands, as well as claims by sports leagues regarding the so-called ‘integrity fee’ are also said to cause some impediments. Yet again, at such an early stage, nothing is absolute.

The Impact of Income in Online Gambling