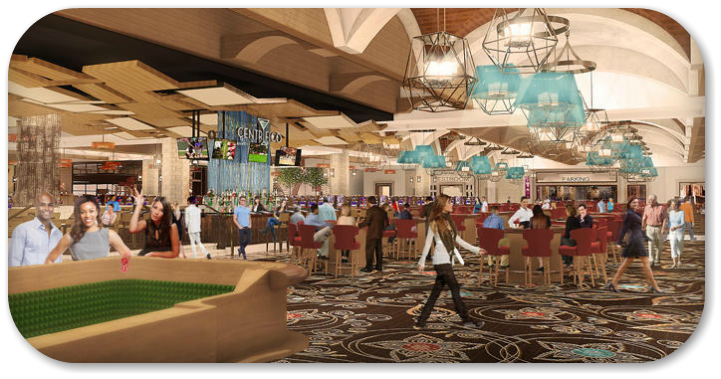 The excitement has been building for some time and Del Lago Casino & Resort will finally be opening its doors in early 2017. It’s one of three new resorts that’s received a gaming license from the New York Gaming Commision to open in Upstate New York.

It wasn’t a straightforward process though at all. The project was strongly opposed by neighboring casinos and they faced lawsuits from Finger Lakes Gaming & Racetrack (FLGR), Oneida Indian Nation’s Turning Stone and Yellow Brick Road casinos, and a group called Casino Free Tyre, as they were worried Del Lago casino would cannibalize their businesses. But it eventually received the go ahead to begin construction, which is scheduled to open to the public Wednesday, February 1 at 10am.

Jeff Babinski, who is general manager for the Del Lago Casino Resort, said they’ve already hired staff and dealers for the casino floor, and they expect to have a 1,500-strong team in place once everything is completed. The project has also created 1,800 new construction jobs.

The $440 million casino and hotel is located in Tyre, Seneca County – which is west of Syracuse. Del Lago’s 94,000 square feet of casino floor space will be home to 2,000 of the latest slot machines, 85 table games and will have 10 poker tables. A lounge bar on the casino floor, a large shopping area, a 4,200 square feet food court with 3 restaurants, and the Vine – Del Lago Casino’s 2,400 seat entertainment arena, is also scheduled to open the same date.

Unfortunately, the casino’s hotel, spa and indoor pool won’t be open to the public until later in the year. “The del Lago Resort & Casino will feature something for everyone, not just casino customers.” said Babinski. Del Lago Casino is also expected to become a business hub for the region, and it will host business conventions and events.

Del Lago Casino makes its grand opening official after a ribbon cutting ceremony, much to the delight of locals and thousands of tourists in the region.

Turning Stone to Spend $20 Million On Hotel and Casino Expansion