DOJ Is Appealing Its Loss In The Wire Act Case

Just last Friday, the Department of Justice’s Office of Legal Counsel took the next step in the Wire Act Case. They made public their intentions of appealing to the June court decision. While not an unexpected turn of events, this move has stirred the pot, with all the parties supporting both claims in the case bracing themselves for an even bigger fight.

As the case will unravel before the eyes of the US and global public during the following period, it may be important to identify and go back to the root of the problem.

A Closer Look Into to the DOJ’s Appeal 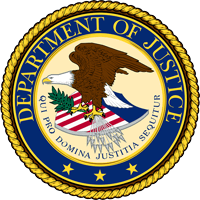 There was a long and, frankly expected, line of events leading up to the DOJ’s appeal. It all first started in late 2018, when their Office of Legal Council came forward with a new interpretation of the Wire Act. The former one, from 2011, restricted the effect of the Act to intrastate sports betting actions. The new one would also go to extend its powers over other kinds of gambling – casino, poker, lottery pools, and the likes.

Since this was put forward, it was seen as a threat to regulated operators, among which is the New Hampshire lottery. They originally filed the suit against DOJ as defendants in the case. A lengthy court process led by US District Court Judge Paul Barbadoro officially ended with a June ruling in favor of the plaintiffs.

Fast forward a couple of months later, DOJ is back at it again, now with an expected, yet bold move announcing their plan to motion for an appeal. They must petition the First Circuit Court to have their appeal heard. Yet, as far as that is going, the Court begins its oral arguments session in October.

There has been a significant reaction on both sides of the camp. Anti-gambling organizations view the DOJ’s move as necessary, and further prompt to more aggressive actions. According to them, the focus of the entire case should shift from its specific consideration to the actual wording of the law.

What Does The Gambling Community Think?

Pro-gambling groups have also had their say in the matter. Jeff Ifrah, the founder of iDEA Growth, a trade group representing multiple participants in the mobile gambling industry, has come forward with a statement:

The Department’s action, while hardly unexpected, is certainly unwarranted. DOJ generally files appeals of adverse district court decisions as a matter of course. We hope that, rather than engaging in a protracted, expensive and ultimately unsuccessful legal fight, the Department will take this opportunity to negotiate a settlement which will focus the Wire Act and DOJ’s enforcement resources on the right targets – the unlicensed illegal offshore internet gambling operators who do not create jobs or tax revenue in the US and do not appropriately protect consumers.

What’s In Store for the Future?

With both camps pulling in different directions, it may take a much higher authority to bring a final and definite resolution. In other words, the case is most likely to reach the US Supreme Court. Such a decision should confirm predictions by many involved, affected, or merely observing the case proceedings, including the judge himself.

During the hearings, Judge Barbadoro compared this case to the New Jersey sports betting suit, resolved at the Supreme Court level. Still, better yet, the judge points out to an even more essential feature of the case – the messy language of the Act itself, and the need for updates and amendments that would make this 1961 law fit the terms of modern living.

Crypto Trends in 2022 | Are Casinos Ahead of the Curve?