Voting took place across the state and ultimately resulted in a firm victory of those supporting the legislative changes. The final ballot count turned out the following results – 5.3 million voters, or about 69% for the Amendment and 2.4 million or 31% against changes in greyhound racing grounds.

With a firm lead in the vote, the decision to close down such establishments is expected to be put into force as soon as January 1, 2019. Naturally, lawmakers do not expect greyhound tracks to close down overnight. In fact, the Amendment brings about the issue of relocating and homing about 6,000 trained greyhounds.

Multi-Sided Support in the Matter 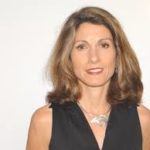 Kate McFall, director of the Humane Society for the state of Florida, is one of the lead proponents for this change. In a statement following the vote, she pointed out to an alternative solution taken up by many racetrack training centers – they are moving their establishments to other states where greyhound racing is still considered a legal profession.

In this regard, professional greyhound trainers are practically facing the hardest consequences of everyone involved. This decision has left many trainers unemployed. The Chairman of the Committee to Support Greyhounds, Jennifer Newcome, has put forward this issue in one of her public addresses:

“Most trainers will have a difficult time. A lot are third-generation trainers and have been in the business since they were born. These people did not pursue a college education or (look) for other work.”

What Happens Now With the Greyhounds?

The dogs’ situation is slightly facilitated, as the shelters and adoption centers across the state are equipped to handle the income of some 6000 greyhounds left without a home. What is more, managers and authorities alike expect the Humane Society organization to help out during the transition process, as it is one of the key supporters of the cause. McFall herself confirmed the need and logic behind such a move:

“The people who took care of the dogs just lost everything. Now the people who put this on the ballot should share some responsibility (in adoption).”

What’s Next for the Gambling Operators?

With all this in place, there are still some loose ends to tie. One of the main ones is the legal gambling licenses that these greyhound racetrack operators are left with. Still, knowing that most of these tracks are accompanied by either or both a casino floor and poker room, they will continue to work with a profit. The bulk of their revenue came from these segments anyway.

Amendment 3 is alternatively directed at these casino establishments in Florida, and proposes giving the people power to “authorize casino gambling.” With sports betting additionally entering the U.S. marketplace, there are bound to be further changes to the legal landscape.