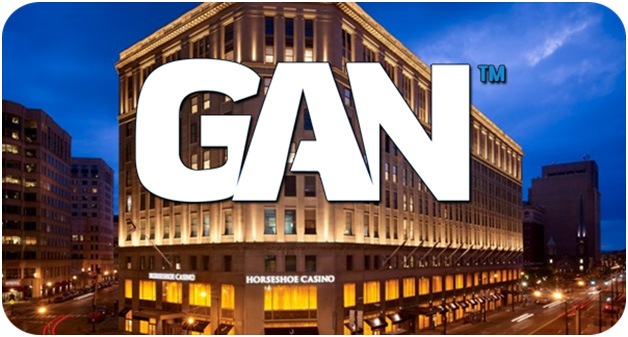 GAN, formerly known as GameAccount Network, is an emerging company that creates and distributes online casino gaming content, and it has just signed a deal with Rock Gaming LLC. The company also creates enterprise-level B2B gaming software, which is why Rock was so interested in making a deal with them, giving GAN a major U.S. client to work with.

Rock Gaming will be implementing the content through three of their physical locations, including; the Horseshoe Casino Cincinnati, Horseshoe Casino Cleveland, and ThistleDown Racino. Even though it will be through these locations, they plan on using the Simulated Gaming products that GAN offers, and will use them on both mobile and websites once they get approval from the regulatory body. The Simulated Gaming is for-money software, as it is ready to be launched on any website, but will be using its free-play online casino products.

The software will be linked with the Rock Gaming Ohio’s loyalty program, as it will allow their members to redeem rewards that have been earned online and exchange them for services and goods at any of the three Ohio locations. CEO of Rock Gaming, Matthew Cullen, chose GAN as their provider being that they were the best fit for the company and their customers after a careful review of the online social casino market. It also seems that GAN CEO, Dermot Smurfit, shares his enthusiasm and promises to deliver only the best they can offer as they move into a significant part of the Midwestern US.

“We look forward to being able to offer our patrons a fun and interactive way to engage with our properties in Ohio. Our Simulated Gaming partnership with Rock Gaming is another major step in expanding our Simulated Gaming offering in the US where we have pursued a regional strategy now deployed coast-to-coast. Rock Gaming’s Ohio properties provide GAN with access to a significant part of the Midwestern US region which we will be privileged to launch online before the summer.”

It will be a mutually beneficial agreement, seeing as how GAN has already moved into other areas of the nation.

GAN Expanding in US Through Free-Play Software

This has been their most recent accomplishment, but they have made several agreements last year with other entities that wish to employ their free-play Simulated Gaming software. In October of last year, they made a big deal with the American Casino & Entertainment Properties (ACEP), which is a huge deal in Las Vegas. They also ran successful beta tests that same month for San Manuel Digital, who operate in California.

They have already proven themselves more than worthy, as they have been implemented in six casinos, including the Borgata, since they launched their software in the United States in January 2014. During that year, they claim that their software saw “on average a 28% uplift in on-property theoretical win.“ This is a great fit, seeing as operators report that 50% of their customers use social casinos on Facebook. This results in more player traffic by releasing and offering their own social casino software.

Tags: Casino, Ohio
About the Author