On Wednesday, October 17th, a second hearing for legalizing sports betting and online gambling in Illinois was held. The reason behind the hearing was due to the Supreme Court’s repeal on The Professional and Amateur Sports Protection Act (PASPA) back in May. The Act was a federal law that limited sports betting to one state for the last 25 years.

What Happened At The Hearing?

A number of influential officials of various corporate and state offices gave their testimony during the hearing, with opposing opinions meeting valid and constructive criticism. Both opposing parties put forward arguments for the legalization of sports betting and gambling, in both land-based locations and online platforms.

Analysts such as Chris Grove provided factual evidence on the positive effects of the industry, laying out their estimates. This served as a starting point for pro-sports betting advocates, one being the leading speaker, Representative Robert Rita that stated the following:

“…the gaming landscape has changed significantly since I took on this issue five years ago, and I want to use these hearings to understand how those changes present new opportunities for us to put the right package together as we look to meet budget needs and provide a spark for our economy.” 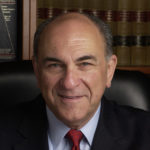 State Representative Lou Lang has also eyed Illinois’ potential, considering it is 6th in size in the U.S. and is home to over 13 million residents. His statement was an all-around approach with predictions of actual bills at the General Assembly by 2019 and a special focus on taxes. This is intended to avoid high rates which could cause setbacks, and ultimately, to produce economic growth and development.

A third spokesperson to the sports betting cause was Jim Ryan, CEO of Pala Interactive, which operates a New Jersey online casino and poker platform. In his testimonial, he further supported the industry’s need for proper policies and regulations in order to improve customer protection, economic growth, and state employment rates.

Those against this idea said Illinois becoming a hub for gambling would be damaging for the state. One of the main opponents, Anita Bedell, Executive Director of The Illinois Church Action on Alcohol, is against any legal regulation in the industry, even after Jim Ryan pointed out that it would be a significant opportunity to generate revenues and create employment. According to Bedell:

Comebacks from Ryan and co-advocates followed as they put forward proposals for all kinds of limits to online gambling activities, with his final statement indicating the potential for a positive outcome:

Where Does This Leave Illinois And Online Gambling?

Wednesday’s hearing was just for testimony and no action was taken. It’s safe to say that the state of Illinois won’t be passing an online gambling and sports betting bill this year. If the gambling advocates can convince the House of Representatives, then maybe 2019 will be the year for a bill being passed.