The Midnight Star shuttered in Deadwood, South Dakota this week. The casino was owned by Kevin Costner.

Midnight Star was a small two-story casino. It spread slots and video poker games on the first floor. The second floor offered live blackjack and Three Card Poker. The minimum bet at these tables was $2 on weekdays and $5 on weekends. The maximum bet was $100.

Jakes was a high-end restaurant on the third floor of Midnight Star until it closed in March 2016. The casino offered a sandwich shop until its final days.

Deadwood has seen a slow decline in gaming revenues in recent years. It is down 3.47 percent year-to-date. There have only been two positive months in the past year. There have been four months out of the last 12 that were down double digits, including a decline of 24 percent in December.

The city’s gaming operators hoped that craps and roulette would improve visitation. The games have not performed as expected. In July, craps and roulette accounted for just 0.4 percent of all gaming revenues, according to the South Dakota Gaming Commission. That number often does not break 1 percent in a month.

Operators blame several factors for the decline in Deadwood tourism. The region’s dependence on energy is the most recent negative event. The largest coal mine in the world is located across the state line in Wyoming. The lower demand for coal and the decline in oil prices have hurt the region’s economy.

Midnight Star Kicked Me Out Due to Old Knee Injury

Some locals had bad experiences there that made them feel unwelcome at Midnight Star. I had one of those.

I once lived outside of Deadwood. I frequented many casinos in town. Midnight Star made it very clear that it did not want my action during my only attempt to play there.

The decision had nothing to do with gambling. I went to Midnight Star with a group of friends to play blackjack on a Saturday afternoon. The tables were upstairs, which required going up an old staircase. It was steep with narrow stairs.

I have a knee injury that does not usually give me issues. However, it makes it difficult for me to go up steep stairs and hills.

I struggled a little to get to the top of the stairs at Midnight Star on my way to play blackjack. When I got to the top, a table game supervisor stopped me and told me that I was not welcome to play there. He said that I was too intoxicated. I was completely sober. He was mocking me for a permanent injury, whether he knew it or not.

Instead of making some attempt to see if I was intoxicated and not disabled when I got to the top of the stairs, he just assumed I was drunk and refused to let me explain anything. He got angry when I tried. Some of the friends I was with were drunk, but since they got up the staircase quickly, they were not questioned. They all left Midnight Star with me without playing.

Midnight Star kicked me out for having a bad knee that was aggravated by poor casino design. I never tried to play there again.

After this happened, I discovered that many other locals had poor interactions with employees at this casino. There was a widespread belief that Midnight Star did not like locals. Perhaps the opinion of locals made it difficult for the casino to survive when tourism declined. 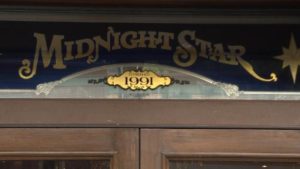 Confusion Over When the Casino Opened

The Reopening of US Casinos Calls for Safety Measures

Tags: Deadwood, South Dakota, US Casinos
About the Author