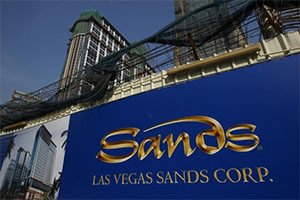 Las Vegas Sands, parent company of the Venetian and the Palazzo on the Las Vegas Strip, agreed to pay nearly $7 million to end a case related to violation of the Foreign Corrupt Practices Act. This federal law aims at preventing U.S. companies from paying bribes in other countries in exchange for commercial favoritism. The fine was initiated by the U.S. Justice Department.

This was not considered a civil settlement, according to those familiar with the investigation. “It is a criminal penalty,” said U.S. DOJ spokesperson Nicole Navas in an email with the Nevada Independent, when asked whether the case was civil or criminal.

Las Vegas Sands is no stranger to paying fines related to its business practices. A similar case involving the Securities and Exchange Commission resulted in a $9 million fine. The Nevada Gaming Control Board fined Las Vegas Sands $2 million earlier this year. The company paid $47 million to settle a money-laundering investigation in 2013. The company has paid fines related to permitted dozens of underage gambling and alcohol consumption at its Pennsylvania casino over the years.

Las Vegas Sands CEO Sheldon Adelson and his wife were given dais seating at today’s presidential inauguration less than 24 hours after the latest fine was announced. This area is generally reserved for members of Congress and family. Adelson and Las Vegas Sands are major Republican political contributors that backed Trump during the last election. Adelson used his Las Vegas Review-Journal to endorse the new President of the United States during the election season.

Las Vegas Sands and its CEO have come out strong against regulated online gambling. The bill the pair hope to push through is called the Restoration of America’s Wire Act (RAWA).

In other Las Vegas Sands news, the Venetian poker room started taking a $1 jackpot drop in addition to its $5 rake, tied for the highest of any Las Vegas poker room. The money will be used to pay hot seat drawings during day shift and a 24-hour bad beat jackpot. A daily 2/4 Fixed Limit Hold’em game is now spread by the room in an attempt to entice locals to get into action during the high hand periods of the day.