IMPORTANT UPDATE: This news post has been updated with the latest information regarding the Micrograming and ITV Studios entertainment deal.

Read more about the Village People-Themed Slot below.

The global online casino software giant Microgaming is pairing up with the leading entertainment company ITV Studios Global in a deal providing them with the licenses necessary to develop an online slot game based on The Village People.

As the COO of the Microgaming casino software company stated in an official press release, the band “Village People is an iconic brand that has created an impact on pop culture with songs that have remained popular with mainstream audiences since the 70s and 80s. Microgaming is proud to announce the development of a new game which will feature the band’s greatest hits and members for the first time in online slot form, adding a new dimension to our extensive portfolio of branded content.”

Equally praising words have been directed towards them, by the official spokesperson of the ITV Studios Global company – “A brand as iconic as Village People is sure to lend a great deal of fun and nostalgia to the themed online slot game, and who better to bring that to life than the company that developed the first true online casino.”

A Match Made in iGaming Heaven

The two companies make a fitting pair.  Microgaming’s leading role in iGaming software development is met by the core role of ITV SG in entertainment businesses.

Covering anything from TV production, home entertainment, through marketing to publishing and merchandising lines of business, the international entertainment service further supports the claim for the slot’s success.

As for The Village People Slots Game, an official statement set its release for some time during 2019 and provided some outlines regarding gameplay and Village People elements. Namely, this slot game is set on the premises of the disco culture, as the grid backdrop is expected to represent. The sound effects are expected to be based on the group’s greatest hits, including dance tracks the likes of Y.M.C.A and Macho Man. 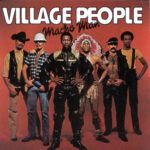 The iconic band is one in a line of entertainment classics that Microgaming has come to use as inspiration for their gaming products. At the same time preserving and emphasizing the artists’ importance. There is understandable hype around the deal.

The Village People have had somewhat of a controversial and revolutionary impact on the music industry. Especially back in the 70s and 80s, when the disco trend reflected in music, dance, and fashion.

Furthermore, the main Village People characters that once made up the band – the Biker, Cowboy, Construction Worker, and the likes – are expected to feature as symbols on the slot game’s reels. Spinning to hit some massive prizes, such symbols are most likely to confirm the renowned rewarding potential of Microgaming slot releases so far.

Other Popular Games by Microgaming

The Village People-themed slot game will feature as part of the software provider’s official game offering and should be available for gameplay at all Microgaming-powered casino platforms following its exclusive release.

Joining it at such casino websites will be the wide range of online slot games inspired by other forms of entertainment. These range from the motion pictures Terminator and Jurassic World, through the TV show Game of Thrones, to the globally distributed magazine Playboy.

Online players in the USA can find exclusive games by Microgaming at Bovada Casino.

When Will the Slot Game Launch?

The Village People-themed slot has got everyone in the online gambling world predicting the features, payouts, and entertainment provided by this much-awaited Microgaming release. The company is still far from setting a date or even enticing players with a sneak peek of the slot’s projected appearance. Nonetheless, they have been working hard on a number of other projects as well.

While slot enthusiasts are patiently waiting for the launch date of this game, Microgaming formerly announced the release of their latest slot title. The Great Albini is a 5-reel, 25-payline slot packing all kinds of rewarding features and a magic show to boost.

In the spirit of brand partnerships as the one recently established with ITV for the Village People slot, Microgaming officially celebrated their 15-year contract with Square Enix. The brand is behind the Lara Croft project, which saw its initial slot release back in 2004, and a sequel in 2008.

To honor the long-standing partnership, Microgaming is preparing a third slot under the brand name, which will be revealed in more detail at the ICE Totally Gaming 2019 event.