Apple recently came forward with an official statement announcing the changes to its Apps Store’s existing Terms of Service. The tech company will now require that apps with monetary transactions be written in code native to the iOS system.

This could potentially have a massive impact on the online gambling industry as the many casino app developers use HTML5 to write their programs. With a set timeframe for compliance, Apple has addressed its demands towards the people behind every online gaming, lottery, charitable donation or e-commerce app on their store.

This is the statement that Apple officially made addressing the issue of apps including real-money transactions within their operations:

Guideline 4.7. HTML5 games distributed in apps may not provide access to real money gaming, lotteries, or charitable donations, and may not support digital commerce. This functionality is only appropriate for code that’s embedded in the binary and can be reviewed by Apple. This guideline is now enforced for new apps. Existing apps must follow this guideline by September 3, 2019.

What Does this Mean?

Basically, Apple is looking to get all newly launched apps on its App Store –as well as existing ones– to shift from their HTML5 format into the dedicated iOS software development model. However, this is much easier said than done, and even less so considering the timeframe given.

The Hit on the Online Gambling Industry

This is bound to take a toll on the otherwise still blooming online gambling industry across the states. Outside of the five states that have legalized online gambling, this guideline will seriously impede the process for prospective markets.

Nevertheless, it has additionally been taking a toll on the already legalized online gambling market in Pennsylvania. The announcement has had many believing that this has been the original reason for the holdup on launching Penn-state operators’ sports betting apps.

What is more, a more all-encompassing issue is taking over sportsbooks apps that are part of an overall online casino app. These companies have to meet compliance across the entire platform, which translates to re-coding hundreds of titles and content into the dedicated iOS software. 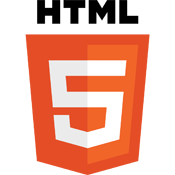 The update as it is will not seem too much of an inconvenience to players, especially if you have already downloaded your preferred app prior to it. Even though you wouldn’t be able to get any updates, you would still be freely able to use the app as it is so far.

However, potential new players and app users are now left without all app options coded in HTML5 format, causing customer acquisition estimates and rates to plummet since day one.

To break it down to its components, let’s start by saying that HTLM5 is a coding language used by most developing teams nowadays particularly due to the fact that the end product can fit computers and mobile apps. These apps, specifically, are compatible for iOS users but aren’t built in the dedicated iOS app, which is Apple’s main demand.

What makes this transition most complicated is the fact that it is much more than just reformatting. In fact, roughly three to four months is necessary just to build a somewhat running app on the iOS platform, which is practically unacceptable for all apps including monetary transactions.

This is even more emphasized in the specific case of online gambling apps, as they belong to a highly regulated and tested industry. However, in order to avoid being removed (or denied access to) the Apple App Store, they would have to follow certain steps.

App Requirements to Avoid Being Removed from the Apple Store

The move by Apple is largely seen as pretentious by the public, costing them the inclination of numerous users by the minute. Still, even at that rate, iPhone and iPad users across the US make up about 50% of the population, which is an even greater concern for app developers looking for a sustainable solution.

With the NFL season starting just two days after the deadline, on September 5, 2019, the entire online gambling industry, along with other apps using real-money transactions in their operations have to make a move. They can try to comply or fight back the monopoly that is Apple, or at least what two app developers claim it to be in their lawsuit.

Data Reveals Most Popular Mobile Games in the US