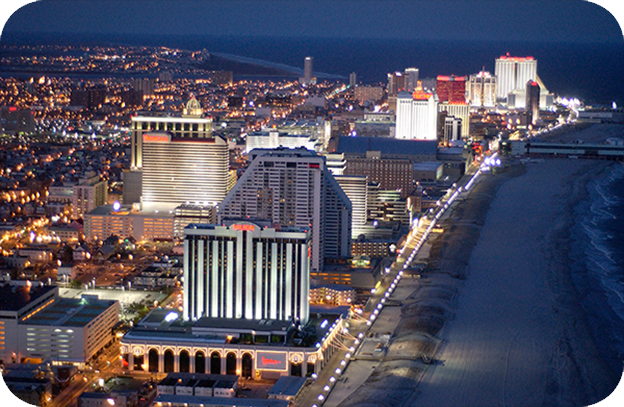 New Jersey and Atlantic City have gotten some great news as their online casinos have been posting amazing numbers and growing at an amazing rate. This is the one aspect that is giving some hope to the state, but the numbers are still not good enough to cover the taxes that they used to pay when business was booming.

Due to the hard times, especially with the higher level of competition from other states, it has already seen the closing of four casinos, The Atlantic Club, Showboat, Revel and Trump Plaza in 2014. These may not be the only ones on their way out, as a report by Moody’s could see bigger losses and possible closures.

Gov. Chris Christie and Mayor Don Guardian are finally working closely together to try and find a solution to their financial problem, even with the added revenue from the online casinos it isn’t enough to cover the losses. The money generated has actually been cut in half, going from $5.2 billion in 2006 down to $2.5 billion in 2015. The city and state depend on the gaming revenue for taxes, which part is supposed to be used to help in the upkeep of Atlantic City and its surrounding areas.

Another plan that has been set into motion by Christie, Guardian, and state Senate President Steve Sweeney. If it passes, it will allow the state to take over operations, in an effort to be more in control. This would be done in hopes of boosting cash flow, and at the same time stabilize the tax base through fixed payments rather than property taxes. The city owes $160 million in property tax appeals to the Borgata Casino Hotel & Spa.

In a broader effort, Gov. Christie has also proposed that they allow gambling in their three counties. This would move operations throughout the north of New Jersey, and could actually try to tap into the New York market as it is closer.

Despite not having another good year, their casino-sponsored online sites have actually improved over last year and is already seeing a much higher cash flow month-to-month. In 2015 they generated a total of $148.88 million, as shown on the revenue figures released. This is an increase of 21.2%, up from the $122.88 million generated in 2014. The breakdown by casino:

Even though this will not help with the current situation, the online casinos show promise of a better future if they stick to growing markets. This is a multi-billion, even trillion, dollar business that they could get ahead on as legislation for legalized online gambling is stalled in other states.