The Swedish online casino software developer, NetEnt has just released a brand new slots game. The game has everything rock fans would ever want, giving them a game based off of one of the best guitarists and entertainers in the world, Jimi Hendrix. You will be able to find the game under its official name, Jimi Hendrix Online Slot. It was unveiled at the ICE Totally Gaming 2016 that was hosted in London and is their second addition to their NetEnt Rocks tour.

What the Slot Game Offers

The first slot game released by NetEnt on their rock tour was Guns N’ Roses theme, but with their next step they had to go big or go home, which is what led them to go with Hendrix, who is internationally recognized for his great music. The game offers players a great experience with its five-reels, three-row, and 20-line video slot that comes with some of the iconic rock star’s songs, including:

The game comes with incredible graphics and symbols that perfectly represent the 70’s when Hendrix was in his prime. You can try out the game for free at their website. 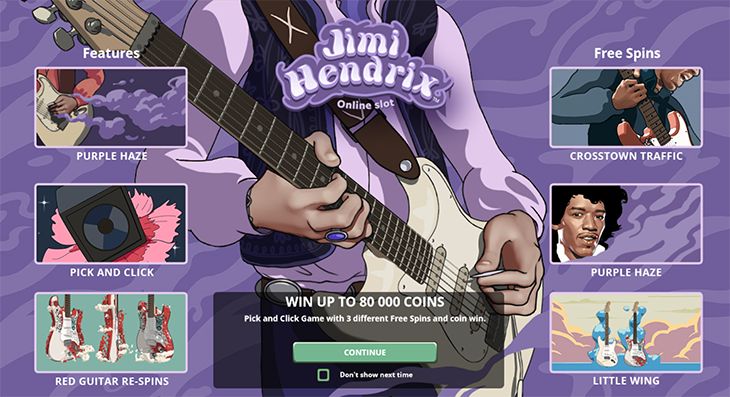 Getting Hendrix as Second Rock Star

This is just their second rock star slot released so far, but they made a huge splash with the first release, so they are expecting a great turnout for this one. NetEnt’s CPO, Simon Hammon, was excited with the release, stating,

“Jimi Hendrix is indisputably one of the greatest rock stars that ever lived. It is an honor and a huge responsibility to be granted the rights to create a Jimi Hendrix branded product. Working together with the Hendrix family and their companies Experience Hendrix, L.L.C and Authentic Hendrix, LLC on this game will help make our NetEnt Rocks series one of the most desirable product offerings available.”

It isn’t every day that a casino game developer can get their hands on the licensing for such a famous artist, especially when his music and representation are closely guarded. Janle L. Hendrix, CEO of Experience Hendrix, L.L.C. confirmed that they do not give out the rights to use and promote Jimi Hendrix to just anyone.

They will be coming out with another rock star slot machine in September, so wait anxiously as these games hit your favorite online casinos.