For the fifth month in a row, the New Jersey Division of Gaming Enforcement has recorded growth in terms of the revenue generated from casino gambling. While this is definitely good news, it made people curious as to the reason behind such a sudden surge in traffic in one of the gambling centres in the U.S.

Online gaming activity was found to have been the reason for such an increase. Gaming revenue was up more than 13% overall in October. While in 2017, the casino gambling industry in Atlantic City recorded $206.5 million for the same month, this year, the number increased up to $234.3 million.

Online Gambling Revenue on the Rise 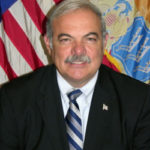 The online gambling revenue has only contributed to the overall growth since New Jersey casino establishments were able to operate online platforms under their land-based licenses. In this regard, Golden Nugget still arguably holds the leading position with the biggest player traffic on the NJ legal online gambling marketplace.

The last record high growth for this segment of the gambling industry was noted in July – $25.9 million, but October surpassed by nearly a whole million – $26.75 million. Since last month, the Internet revenue growth increased by 30.1%, a number that in itself is a worthy achievement.

With all these stats, most officials and players alike are feeling enthusiastic about the progress made so far. The Chairman of the Casino Control Commission, James Plousis, announced in a formal statement that:

“In October, the industry continued its positive streak. Year-to-date, the casino industry’s total gaming revenue was up more than 5%, showing that 2018 is shaping up to be a strong year for Atlantic City.”

A Closer Look at the Stats

Before putting it all down to online gambling, it’s important to take into account the fact that Hard Rock Casino and Hotel, as well as the Ocean Resort, weren’t operating last year. These two establishments alone contributed with a total extra of $36.3 million in revenue, somewhat to the expense of the seven casinos that already existed before them.

Thus, revenue decreased by 8% in Borgata and Resorts Casino, by 10% at the Golden Nugget, 15% at Bally’s, 21% at Caesars, and 22% at Harrah’s Resort. As for the seventh, Tropicana, a growth of 2% kept them operating fully afloat.

Sports Betting in the Mix

Since the PASPA act was decreed unconstitutional by the Supreme Court in May, individual governments were given the power to determine their take on the matter. While some are still developing policies to introduce sports betting practices, and others have rejected the opportunity altogether, New Jersey is among the states which were waiting for the decision prepped and ready to make use of its introduction.

Thus, sports betting revenue in October was just under $7 million, lower than September’s $14.5 million. Nevertheless, bettors still came through, and a 42% increase in bet amounts was marked with gamblers staking up to $260.7 million this past month.