After a great start with the passing of its online gambling bill, the state of Pennsylvania is experiencing a slight halt in its legalization process. According to the latest reports, the state has been affected by recent changes in the federal legislature. In order to make sure they comply with the latest changes, the Pennsylvania Gaming Control Board announced that regulated gambling sites won’t launch until sometime July 1st.

How are Things Looking From the Inside?

Pennsylvania has already been well underway with introducing online gambling to their player base when a new reading of the 1961 Wire Act arrived straight from the offices of the DOJ. The first sportsbooks are already operating, while online platforms are waiting to determine their compliance with the latest interpretation. 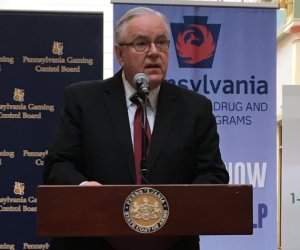 The Executive Director of the Pennsylvania Gaming Control Board, Kevin O’Toole, stepped forward with a range of measures. His initial strategy was to send out letters to all concerned online gambling operators regarding the sudden change.

A formal statement issued by the head of the board stated the following:

“What we wanted to accomplish in that letter was to make sure that the casinos thoroughly read that reinterpretation and looked very closely at their plan for implementing interactive gaming in Pennsylvania. There had been an expectation that those iGaming operators who were partnering with our casinos in Pennsylvania — if they already had infrastructure in another jurisdiction, that they could leverage that to reduce the cost of implementing iGaming. But with that reinterpretation, it became quite obvious that everything had to be on an interstate basis.”

The letter deals precisely with the new reading of the Wire Act that prohibits gambling across state lines. This further complicates the situation for multiple aspects from shared player pools, through credit card processing channels, to server locations.

What About Pennsylvania Online Poker?

The matter of online poker only further deepens the issues arising from this change of federal legislation. The Pennsylvania Gaming Control Board has already authorized seven casino licensees to provide online poker, but their plans are just as retained as everyone else’s. Once it goes live, it’s intended to be the largest online poker market in the US, although operators are expected to run into trouble due to the ban on multi-state player pools.

R. Douglas Sherman, Chief Counsel for the PGCB, has expressed his take on the matter, referring to the so-far existing liquidity agreement between the online poker markets of the states of Nevada, New Jersey, and Delaware:

Unfortunately, the DOJ opinion likely has put the kibosh on the interstate liquidity agreement ability, because then you would be playing across state lines, which now appears to be prohibited.

Online Gambling Launch is Still On

Despite all obstacles, enthusiastic participants of the Pennsylvania online gambling market such as the Parx Casino are still maintaining course for an eventual opening. The casino argued its licensing only last week, despite the recently caused turbulence by the DOJ’s Wire Act Opinion.

Philadelphia’s Parx Casino CEO, Anthony Ricci has stated his own view of the recent legislative. According to Ricci, all gambling operators need to do is make sure they keep their operations within state borders. However, he argues the disadvantages of this regulation, both for casino server locations and credit card payment processing matters.

Regarding this topic, Anthony Ricci explained that:

We could still get started, but I think it will adversely impact the business if we can’t get credit cards though.

Biden vs. Trump – The Battle for Legal Online Gambling