SpinLogic The Future of RealTime Gaming

Though there has been no official announcement, RealTime Gaming is re-branding under the SpinLogic brand, at least in some regions. This year, RTG started rolling out games as SpinLogic and will carry the new name in the USA and some other areas. For online casino players, the new branding is not expected to change the quality of games.

RTG games will be SpinLogic for US players and players across most of the globe. The RTG brand will stick with games in Asia. Experts seem to think the move is a tool to expand the company’s games portfolio into new markets. The re-branding may be in conjunction with the renewal of a four-year-old quality certificate which was to expire in July.

RealTime Gaming has grown into a leader in casino software development since it was established in Atlanta in 1998. It became a more popular brand in the early 2000s with its RTG Real Series of video slots.

The company was purchased by Hastings International of Curacao and moved to Costa Rica in 2007 as it expanded into an internet casino licensing jurisdiction with a global reach.

In 2016, RTG introduced a suite of games that included more hit real money slot games, and it has since been recognized as one of the most established casino software brands in the world. The Interactive Gaming, Gambling, and Betting Association (IGGBA) and the Interactive Gaming Council have certified RTG as a legitimate game developer.

RTG has a portfolio of more than 300 games and has become a leader in progressive jackpots that pool games in multiple online casinos.

RTG’s slots lineup is considered one of the most expansive there is. The software has high-end graphics, play features, and popular themes from history to pop culture. Along with progressive jackpots, the company has random jackpots that guarantee fixed totals.

Not as well known for table games, RTG still offers popular selections, including several versions of blackjack and baccarat, roulette, and other popular card games. Versions of Casino Hold ’em, and three-card poker games are among the offerings.

RTG is known for bonus games in its lineup of more than 20 video poker versions. It has standards such as Jacks or Better and Deuces Wild and other wild card games with big pots, and games titled Double Bonus and Double Double Bonus.

Anyone who plays the major jackpot games will recognize titles in the RTG lineup. Slots such as Aztec Empire, Shopping Spree, and Jackpot Piñatas reach totals in the millions. These progressive jackpot slots pool games from multiple casinos, often under the same group ownership.

The Spinlogic landing page currently says “Launching Soon.” But the page also introduces Spring Wilds as a base game and includes some of the game’s features. It has a gallery of other games, such as Achilles Deluxe, apparently a new take on RTG’s popular Achilles slot.

How the new brand will expand on RTG’s market reach is not clear. Other brands have used the RTG platform, so consolidation under a new name is an attainable goal.

What Can Gamblers Expect from SpinLogic

Gamblers who have played RTG games should expect little change in how the SpinLogic games play. Many of the games are identical, and the rollouts should be under the SpinLogic name and released at the same pace. Players should expect the same bright, lively, and easy-to-play games for which RealTime has been known. Only the name will change.

The Future of RTG and SpinLogic

The goal of the re-branding appears to be an expanded market, which means RTG-SpinLogic will be challenging global competitors such as Betsoft and NetEnt more directly. The competition should only enhance the presentation of games at online casinos worldwide. 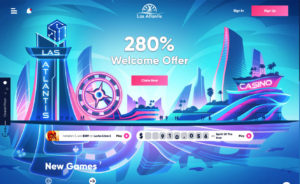 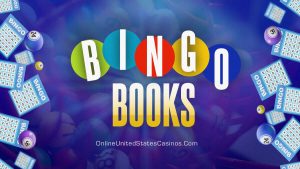