Turning Stone to Spend $20 Million On Hotel and Casino Expansion 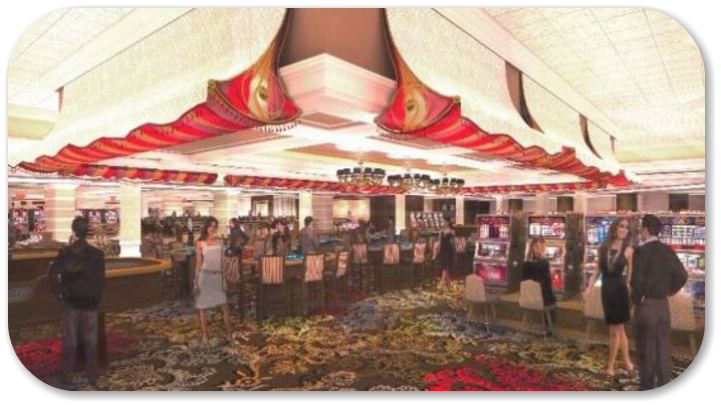 Turning Stone Resort Casino, which is owned by the Oneida Indian Nation, is spending $20 million to upgrade its resort and casino. Construction has already started and will be completed over the coming months.

Competition is always good for customers, or in this case the casino patrons, and with the new non-Indian del Lago Resort & Casino opening just two hours away in Upstate New York, you’d have to think the expansion plans have something to do with this.

According to Syracuse’s website, Turning Stone will be “Redesigning and upgrading the gaming floor with new carpeting, chairs, furnishings, and a new ceiling. The work will take place in stages and will be completed in early 2017.”

Much to the delight of non-smokers, as part of the upgrades, one of the major changes is that the gaming floor will now be smoke-free. This is in conjunction with the opening of the new “Casino Blu” mini-casino section, which will be smoker-friendly and will have a state-of-the-art air filtration system to improve air quality for gamblers who want to smoke at Turning Stone. The Casino Blu section will have its own gaming floor with slot machines and table games and a bar.

This will be a point of difference for Turning Stone in what is an increasingly competitive casino gambling market, as none of the new casinos and racinos being built in Upstate New York allow smoking on the gaming floor due to non-smoking regulations.

Casino executives at New York’s Turning Stone have long had the opinion that gambling and smoking go hand in hand. Although smoking is prohibited on the casino floor in most US states, it is still permitted in Nevada and Pennsylvania.

Casinos to Visit in New York

New York is already home to five tribal casinos and nine racetrack casinos, with three new casinos given approval by the Gaming Commission. According to reports, residents are said to spend $1 billion each year at out-of-state casinos. If you’ve ever won a significant amount at a New York casino, you’d know 30% of your winnings are withheld by the IRS. This is because the winnings are considered taxable income in New York state.