Home » News » WHO Recognizes Gaming Disorder As A Mental Illness

WHO Recognizes Gaming Disorder As A Mental Illness

After careful and in-depth analysis, the World Health Organization (WHO) has officially made gaming disorder an illness under its standards. This has been decided at the 72nd World Health Assembly on Saturday, May 25.

The official definition and outline of the illness have been set much earlier, in June last year. Back then, the final steps of revising the International Statistical Classification of Diseases and Related Health Problems (ICD – 11) came to include gaming disorder, officially turning it into a medical condition.

What is a Gaming Disorder?

The World Health Organization has been fairly careful in deciding how to define the illness, especially since its behavioral patterns are quite specific. In fact, they stated that:

For gaming disorder to be diagnosed, the behavior pattern must be of sufficient severity to result in significant impairment in personal, family, social, educational, occupational, or other important areas of functioning and would normally have been evident for at least 12 months.

The Illness and Its Treatment

As it stands, the gaming disorder is currently defined as an illness, even though it did face significant opposition throughout the entire debate lifetime. The decision at the World Health Assembly is going to come into effect on January 1st, 2022, considering that it has been made in consultation with numerous experts from different fields of work.

Their statement has further encouraged the addition of this disorder as an official disease, especially due to the many preventive measures that could come about and assist in future cases:

The inclusion of gaming disorder in ICD-11 follows the development of treatment programs for people with health conditions identical to those characteristics of gaming disorder in many parts of the world, and will result in the increased attention of health professionals to the risks of development of this disorder and, accordingly, to relevant prevention and treatment measures.

Further support on the matter has come from member states of the WHO, claiming that the latest classification was brought in reasonable and transparent terms. Microsoft also made a statement about looking into the issue, more specifically in regards to their safety measures for child protection.

As much as this classification and all the goodwill standing behind it were welcomed and wholeheartedly accepted, there is still significant opposition from a different party. More specifically, video games trade bodies such as the Entertainment Software Association (ESA), the Interactive Software Federation of Europe (ISFE), and the Association for UK Interactive Entertainment (UKIE) have openly expressed their rebuttal of the disease as it is currently defined. According to them, there is much more extensive research to be done before being completely sure that there isn’t a more concerning mental disease underlying the disease.

Further arguments have been made regarding the pending threat posed by such a decision in regard to the entire video gaming industry. ESA claims that the definition of a gaming disorder could disrupt their regular operations. It could affect the massive benefits the video gaming industry brings about to the economy, politics, society, creativity, as well as healthcare, education, and further aspects of everyday life.

At OnlineUnitedStatesCasinos we want to encourage all of our readers to play responsibly. To find tips and recommendations on how to prevent gambling addiction, please visit our Responsible Gaming page.

How Will This Affect Gamers?

Video game companies are not the only ones potentially affected by this decision, as gamers are just as likely to experience some negative outcomes. A primary concern is that all gaming will be marked as a bad form of entertainment, and will be permanently linked with the disease nowadays known as gaming disorder.

Efforts need to be made to educate the public on the distinction between good and bad gaming habits. One of them simply means spending time enjoying your favorite games, while the other one means doing so while neglecting your job, family, friends, health, and hygiene among other things.

Considering that “gaming disorder” has only just been recognized as an official illness by the WHO, gamers and respective providers could experience further effects – either good or bad. 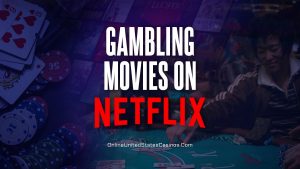 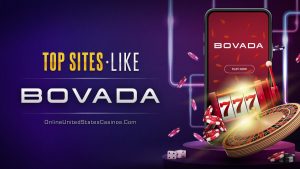