Home » Blog » How Are Slot Machines and Video Lottery Different?

How Are Slot Machines and Video Lottery Different?

Slot machines and video lottery machines are often identical in nature.  The only difference in most states is where the type of device is located.  The exact definition requires the associated state law.

There are eight states with legal video lottery.  Those are Delaware, Georgia, Illinois, Louisiana, Montana, New York, Oregon, South Dakota and West Virginia.  Seven of those states permit cash payouts on video lottery.  Georgia is the exception.  Delaware and New York require video lottery to be played only at the state’s race tracks.  The others permit it in bars and/or gas stations.  Georgia and West Virginia do not permit advertisement of the on-premises gambling.

How Much Can I Bet and Win on a Video Lottery Machine? 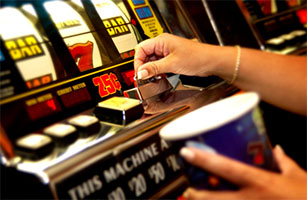 The maximum bet is typically $2 on these machines.  The exceptions are Delaware and New York because these devices are located in traditional casinos located at the state’s racetracks.  There is no limit there.

The maximum individual win is $500 in Illinois, $600 in Oregon, $800 in Montana and $1,000 in South Dakota.  West Virginia leaves this to the operator, although most cap it at $1,200.  Georgia video lottery machines only print vouchers for merchandise and have no maximum bet or win.

The answer is yes, except in Georgia.  Players in that state may only win gift cards, merchandise, gasoline or lottery tickets.  Alcohol and tobacco may not be purchased with video lottery winnings in Georgia.

The video lottery machine itself does not pay cash or coins, even in states where payouts are legal.  Each device prints a ticket.  The player gives it to an employee of the establishment that pays the winner in cash, where permitted.  Otherwise, the player wins a gift card or merchandise.

Many states require that video lottery machines produce random results.  This means that a video poker game uses a random number generator and is not purely luck-based when using cards.  Slot symbols must also line up as they would in a casino.  The same goes for keno numbers.  In fact, the only difference most players will notice between video lottery machines and devices found in real casinos is the percentage returned to the player.

Georgia is one exception.  Georgia has no commission to enforce fair games.  The owners of the machines can set the payout to whatever they would like.  Some reports imply that returns are as low as 80% at some locations. Louisiana is another state with video lottery that offers machines that are not studied to determine randomness.

Most video lottery terminals return 90-98%.  The cap in South Dakota is 92%.  Louisiana permits returns up to 94%.  Oregon machines pay up to 96%.  Players have reported games as high as 98% in Illinois.  Delaware and New York video lottery machines may pay up to 100%.

Georgia players must make a move after the original slot symbols are dealt.  The bettor must choose the correct setting, if there is one, to win.  If the player chooses the wrong move, the hand is a loss.  The winning move is obvious in most cases.  There are bonus rounds where the player’s input changes the outcome.  The skill element of these rounds is debatable.

Why Would Someone Play a Video Lottery Machine?

Convenience is the most common reason for playing video lottery terminals.  These games are often located in bars in Illinois, Louisiana, Montana, Oregon, West Virginia and South Dakota.  Gas stations can often spread these games if alcohol is sold.  Georgia permits virtually any business to spread video lottery machines as long as it sells lottery tickets.  That means that many people live right around the corner from a video lottery casino.

The biggest problem with playing video lottery machines is the low payouts.  Games often return around 90%.  Games with skill involved may return slightly more, however, the games may be unusual and require a different skill set than a normal video poker game.  The maximum payout can also hurt player returns.  Never bet more than the amount that returns the highest win permitted by law.  Many machines will permit the player to bet more coins without increasing the payout for big keno jackpots or a royal flush.

Some people get bored and simply want to gamble.  In most cases, it is better to take the extra drive to the casino as opposed to playing video lottery games in a bar or gas station.  The returns can be as high as 10 percentage points better in the casino compared to the video lottery machines.  At a $1 bet, that is $.10 a hand.  The difference is $60 in theoretical losses per hour when choosing video lottery over a casino.

If you must play video lottery, only wager the minimum bet.  There is rarely, if ever, a higher return-to-player between denominations on video lottery machines.  On the other hand, casino slots and video poker often reward playing maximum coins and higher denominations with better overall returns.

Sign Up and Gamble for Real Money at Wild Casino!

How to Cheat on Slot Machines

Bingo Slot Machines & How to Read Them