Teen Patti is a three-card, poker-style gambling game. There is a traditional multiplayer format where groups around the world bet on their “blind” or “seen” hands in an attempt to win the pot.

Our beginner’s guide to Teen Patti explains both renditions of the game from start to finish. We’ll teach you the rules, terminology, objective of the game, how to play, and the bets you can make throughout the round. And yes, we’ll even explain what it means to play “blind” versus playing “seen.”

Everything You Need to Play & Win

What is Teen Patti?

Teen Patti is a popular southern Asia betting game with roots in India but is also said to come in part from the English game, Three-Card Brag. The game’s name, “Teen Patti,” translates to “three cards.” It is also sometimes called Flush or Flash.

In the traditional multiplayer version, the dealer gives three cards to everyone, and rounds of betting continue until only two remain. The goal is to get the best three-card poker hand possible. Players bet only once (the ante) in the online casino game and get rewarded according to a paytable, their hands ranking, and the house rules.

This multiplayer poker game from India has players battling each other, some seeing their cards and others playing blind. Let’s look at the game’s base rules and what it takes to win.

The Objective of The Game

There are two ways to win a game of Teen Patti. The first way is by having the best hand when only two players remain un-folded, and the “show” happens. The second win condition is to be the final remaining player when everyone else has folded.

Once you get your hand, you need to decide whether you’ll look at your cards and play “seen” or keep them face-down and play “blind.”

Blind players get smaller betting options and can choose to look at their hands at any time. Doing so makes them a “seen” player for the remainder of the round.

How to Play Teen Patti

To start the round and deal the cards, each player must put some money into the pot. The initial ante is called the “Boot” and is the agreed-upon minimum stake. After everyone has paid up, each player gets three cards dealt face down since players can choose to play with or without looking at them.

Betting begins to the dealer’s left and continues clockwise for as many cycles as it takes to complete the round. Every player has two primary choices on their turn, to continue betting or “pack” (fold).

The amount you need to wager to remain in the round depends on the “current stake” and whether your hand is “blind” or “seen.”

Suppose at any point all hands are playing seen. In that case, anyone can ask the previous player for a compromise or “side show” immediately after making their bet. This rule is an actual ask, as the player does not have to accept the proposal.

There are two outcomes:

When Does Betting End?

Betting progresses from player to player throughout the round. As the game presses on, the stakes naturally get higher and higher, forcing people out of the match one by one.

The round rages on until one of two conditions happen:

A “show” is the round’s final stage between the remaining two un-folded players. Both players reveal their cards, and the highest hand wins the pot.

There is a cost to initiate a show, and a few specific rules apply.

If the hands are equal in strength, the player that did not pay for the show is deemed the winner and takes the prize.

The hand strength in Teen Patti is similar to Three Card Poker, except for a “pure sequence” (straight flush) not beating three of a kind. The chart below shows you the order and strength of all hands.

Teen Patti has a history in India, so it should be no surprise that it has some unique words. Below are some Teen Patti terms you may hear when playing the game.

Online casino Teen Patti is different from the traditional multiplayer version game described above. They are quicker, single-player games with fewer decisions. Also, there are no blind hands. You decide what you want to wager on the hand, and the cards get revealed.

The online game you play against the house works more like three-card poker. The straight flush ranks highest, followed by three of a kind, straight, flush, pair, and high card.

There are two main versions of the game that you’ll see in online casinos. Take a look at the nuances of each one below.

This version plays like video poker without the draw phase. You get a payout when you hit a hand in the paytable.

You place your wager to receive three cards face-up. That hand determines your payout. Usually, you get a prize for a pair or better.

The table below shows you the typical payout amounts for the simple or rapid online casino Teen Patti game.

This option is closer to baccarat, wagering on whether the player or dealer’s hand will be stronger or if they will tie (or split).

In this game, two three-card hands get dealt. Choosing the winning hand pays 1.9:1, but wagering on a tie and hitting it gets you 865:1.

Wagering on the exact outcome of either hand has massive payout potential. See the typical paytable below.

Some of the best gambling sites offer Teen Patti. All the casinos in the table below have reliable banking practices and accept US players.

How to Play Online Teen Patti for Real Money

Online Teen Patti games are easier to learn than the in-person multiplayer version. Follow the steps below to get in on the action and play for real money.

Here is a free demo of Teen Patti Rapid that you can find at several online casinos. Try it out to get an idea of how the game, betting, and payouts work.

Try Your Luck and Play for Real Money!

Teen Patti is a fun poker-style gambling game, whether played in person with a group or online in single-player mode. And now you know the rules, how to play, and what to expect at the table.

The classic version may take a few rounds to understand, but it offers the challenge of competition, skill, and strategy. The Teen Patti games online are much faster and easier to pick up. You play against the house, games are quick, and there are only a couple of decisions to make.

Don’t be curious any longer! Check out one of our recommended Teen Patti casinos and discover the fun and potential winnings.

Here are answers to questions many online gaming enthusiasts ask about Teen Patti.

What is Teen Patti?

Teen Patti is a three-card poker game you can play against other people or the house. The multiplayer game has several unique betting rules leading to a pot winner. In contrast, most online games offer a single bet before the deal and a payout according to paytable odds.

How to win in Teen Patti?

To win in Teen Patti depends on the version of the game. The multiplayer game requires much the same skill as other ring poker games. On the other hand, the online game is more conducive to betting strategies of other table games such as baccarat or three-card poker.

How is online casino Teen Patti different from the traditional game?

Online casino Teen Patti is different from the traditional game because you play against the house rather than other players. There is a pre-deal bet in the online game, while the customary game calls for the ante and rounds of betting between players.

What does Teen Patti mean?

3 Patti is another name for Teen Patti. You may find a version of Teen Patti that is called 3 Patti. 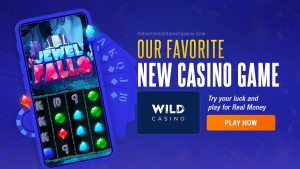 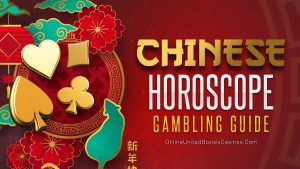 We apologize for the inconvenience, but this content is not available.
Go Back
Featured Casino for January