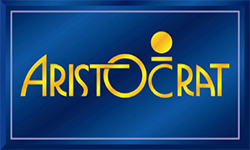 Aristocrat Technologies Inc. is the online division of Aristocrat Leisure, an Australian slot machine manufacturer based in Sydney. Aristocrat was founded by Len Ainsworth in 1955, when legal gambling was done in poker clubs. Aristocrat pokies (slot machines in Australia) were the dominant gaming machines in Australia until the 1990s, when IGT Australia began to make inroads. In the 90s, Len Ainsworth was diagnosed with cancer and retired to let his children run the company. When the diagnosis proved wrong, he founded Ainsworth Gaming Technology (AGT), which remains a rival of Aristocrat to this day.

Through aggressive acquisitions and strategic partnerships, new Aristocrat CEO Jamie O’Dell has made the company a global competitor, with major assets in the online, mobile, tribal, and social gaming niches. This article discusses Aristocrat Technologies, the online and mobile gaming wing of the company. As of 2016, Aristocrat is licensed in over 200 jurisdictions and operates in 90 countries worldwide.

Players might be frustrated that they cannot find Aristocrat pokies online. That’s because the company works through partnerships and subsidiaries, so their games are often listed as belonging to those companies. The Game Account Network and NYX Gaming are two examples of such partnerships.

GAN software is used in 18 sites, so players can search for Aristocrat Online Casino games on any of the sites below. Most of these sites cater to Italian gamblers, though some are active in Germany. One is active in the licensed New Jersey online gambling market.

In 2013, Aristocrat signed a similar deal with NYX Gaming, a developer based in Stockholm, Sweden. NYX Gaming received the right to distribute 8 video slots to online and mobile casinos, so you’ll find a good amount of Aristocrat online pokies in casinos using NYX Gaming software. 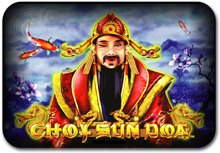 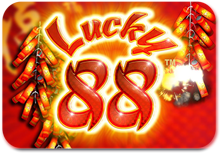 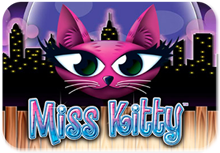 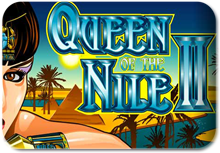 Queen Of The Nile 2

Aristocrat Leisure began 63 years ago, so it has a long and storied history. Below is a timeline of the company, along with its greatest innovations and achievements.

Advantages and Disadvantages of Aristocrat

Buffalo has won more international awards than any slot machine in the past 3 years. It has 1024 ways to win, along with wild symbols and free spins. Buffalo Stampede is the version which wins the most awards. This game is available in online and mobile casinos. 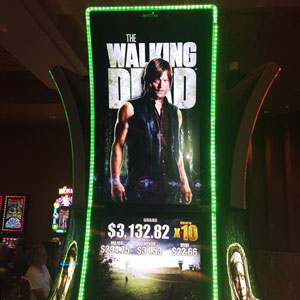 5 Dragons is another of the most popular games in the Aristocrat lineup. It is a 243 ways to win slot machine with up to 25x multipliers and 30 free spins. Bets range from one cent to $125.

50 Dragons was one of the company’s first signature 50-line games. 50 Dragons has a wild pearl symbol and a gold ingot scatter symbol, but the Golden Dragon is the iconic reel symbol. This game is second only to 50 Lions in popularity among this series.

50 Lions is the most popular Aristocrat Leisure game of the past 10 years, beginning the 50-payline revolution for Aristocrat. Bets range between 1-cent and $200. This game is available as an online casino video slot, or for the Android or iPad in mobile casinos. 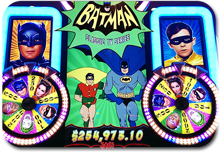 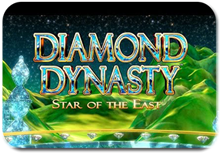 Diamond Dynasty: Star of the East 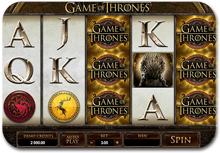 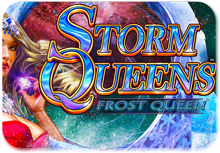 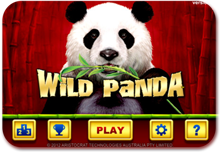 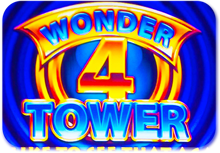 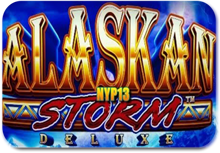 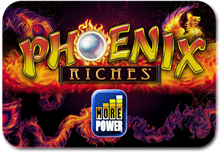 Stormin’ Jackpots are games which can be offered as either fixed jackpot games or progressives, so you need to read the game screen closely to know the difference. The four titles in this series include Indigo Cove, Island 777, Lotus Garden, and Bushido 7.

Quick Fire Jackpots are like the random progressive jackpots you’ll see in RealTime Gaming slot machines. These don’t have to appear on a payline for the progressive to be triggered. These happen more often, but have a smaller payout. The Aristocrat Online Casinos with Quick Fire Jackpots include games like Panda Paradise, Pharaoh’s Ransom, Electric Boogaloo, and Golden Peach.

The Legends Slots game from Aristocrat is actually an 8-in-1 game. Aristocrat Online Casinos have bundled its most iconic games into one box, mainly for the US market. The games are Buffalo, Timber Wolf, 5 Dragons Deluxe, Queen of the Nile, Geisha, Pompeii, 5 Koi, and Wicked Winnings.

The sites below use NYX Gaming software. In a survey of InterCasino and Mr Green’s games catalogs, I located games like 50 Dragons and Choy Sun Doa listed under NYX Gaming slots on various websites, so you should be able to find Aristocrat Online Casino games at several of the sites below.

Aristocrat’s “Where to Play” app shows players where they can play Aristocrat games in brick-and-mortar gaming venues, wherever in the world you happen to be. Aristo App can be downloaded from the iTunes App Store.

To learn about more companies in the industry, visit our Online Casino Software page.