Alaska is a state rich in mineral deposits. The mining industry pays most of the taxes in the state. Lawmakers have found no reason to legalize gambling and building Alaska casinos to raise funds because there has been no need to do so.

The state pays residents to live there through a rebate program related to a mining tax. There has been some discussion about expanding gambling in Alaska due to the collapse in oil and precious metals prices. Nothing has come of those proposals.

There are no forms of online casino gambling permitted in Alaska. Daily fantasy sites like DraftKings and FanDuel operate in the state, as there is currently no legislation on this topic. There have been no challenges from the state lawmakers or attorney general on the topic.

The Indian Gaming Regulatory Act permits tribes to operate the same forms of gambling that are legal in the state without creating a compact. Most tribes offer bingo, pull-tabs, or similar games and are not required to set aside any winnings for charitable purposes. Many of these Tribal-operated establishments like to call themselves Alaska casinos, but only offer the very basic games. 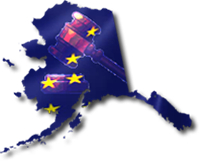 Alaska gambling permits a unique spread of options. It goes beyond the charitable and tribal bingo, raffle and pull-tab games.

Alaska’s rural and arctic environment creates an unusual setting that cannot be compared to any other state. Bettors may place wagers on unusual events. This includes the annual Cabbage Classic where bettors can place a guess on the heaviest crop entered into the contest. Gamblers may also try to guess the total number of cases of salmon packed in Petersburg throughout the season.

Bets are also allowed on the temperature, time and date of the coldest day in the Delta Junction during the winter months. Wagers on dog sled races and fishing competitions are permitted, among other odd items, which include when the first goose flies into Fairbanks for the season or when the first piece of ice moves in a body of water during the spring.

A state lottery is the most noticeable item missing from Alaska gambling laws. There are also no legal video poker parlors allowed. All slot machines are illegal under state law.

Where to Gamble in Alaska

Bars, taverns, and restaurants throughout Alaska offer pull-tabs and bingo nights. There are more than 100 Tribal Alaska casinos that offer these same games to varying degrees. The popularity depends on the location. Many of these reservations are located far away from the state’s population base.

Gamblers looking for casino gambling will need to catch a flight to Washington state or Las Vegas. There are no casinos in Canada within driving distance of Alaska. 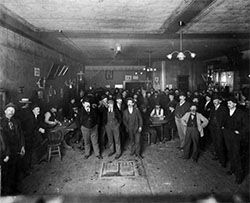 Alaska has never experienced a revenue crunch that made it seriously consider gambling as a way to raise tax revenues. This is why there are few legal ways to bet in the state.

Alaska law carves out many rural rituals. This includes betting on fishing and agriculture contests. It even goes so far as to protect friendly sports pools and skill games. It also allows charities and native tribes to spreads games of chance to raise money. Raffles, bingo, and pull-tabs, which are essentially scratch-off lottery tickets, are all permitted when organized through an approved organization.

There have been many attempts to legalize casinos in Alaska. The first organized movement started in 1990 when a statewide referendum asked voters their opinion. It lost by a nearly two-to-one margin.

The Klawock tribe asked the National Indian Gaming Commission for permission to build a Alaska casino in 1993. This proposal was approved. Other Native Alaska tribes followed suit. Alaska casinos were thought to be permitted because the state allowed charities to hold casino nights through a “Monte Carlo” law. The state legislature repealed that casino night exemption from the state gambling laws in 1996 to prevent these casinos from ever opening. This included a ban on casino cruise ships. Boats must suspend gambling once entering Alaskan waters.

Another attempt to expand gambling in 2003 died without any serious consideration. Separate bills that would have created a state lottery and video poker parlors failed to gain any traction. Voters and the state legislature rejected attempts in future years to expand Alaska gambling beyond the existing forms.

There was one state lottery drawing held under the raffle law in 2009. The charitable organization Stand Together Against Rape held the historical drawing that had the first prize of $500,000. The lottery was won by Alec Ahsoak, a three-time convicted sex offender.

Ahsoak accepted the prize of $350,000 after taxes and pledged a $100,000 donation to the same charity that he won the prize from. He was beaten with a metal pipe three days after collecting his prize. It did not appear that robbery was the motive. This was the only major lottery-type drawing in the history of Alaska.

Is gambling legal in Alaska?

Gambling is legal in Alaska, as long as it adheres to the specific laws in place. There is bingo, the lottery, and charity casino nights.

What is the minimum gambling age in Alaska?

The minimum Alaska gambling age is 19.

Are casinos legal in Alaska?

There are no legal Alaska casinos.

Is video poker legal in Alaska?

Despite repeated attempts to legalize video poker, it is not available in Alaska.

Where is the closest casino to Alaska?

Alaskans must catch a flight to Washington state or Las Vegas to find the closest casino.

Is there a state lottery in Alaska?

Alaska is one of just six states without a lottery.

What is a pull-tab?

Where can I play bingo in Alaska?

Who can offer bingo in Alaska?

Tribes and charities may offer bingo to Alaskans.

Daily fantasy sports appear to be legal in Alaska, according to the sites that offer the games.