Georgia was one of the last states to legalize any form of gambling outside of charities. It happened in 1992 when voters approved a constitutional amendment that created the Georgia Lottery. The only other form of Georgia gambling allowed before that was nonprofits offering games like bingo and raffles.

The Georgia Lottery turned into one of the largest gambling businesses in the country almost overnight. It later expanded into online sales of tickets, including instant games. Gray area slot machines were turned into a video lottery in 2013.

Despite the fact that there are no Georgia casinos, there are other options players can use. Georgia casino gamblers can go to either of the two Cherokee casinos in the North Carolina Appalachian Mountains or drive to Mississippi or Florida. Another option is to take a cruise ship from an Atlantic Ocean port, where casino games can be played once the ship hits international waters. Use our Georgia casinos map of services to find a business that offers cruise ship casinos and gambling rentals.

Did you know that you have to report your gambling winnings? OnlineUnitedStatesCasinos has gathered everything you need to know about paying gambling taxes straight from a Certified Public Accountant. For more information please visit our exclusive Gambling Taxes article.

The only form of legal Georgia online gambling is the lottery. The Mygalottery.com website sells tickets to lotto drawings that include Mega Millions, Powerball and Fantasy 5. It also sells tickets for real money keno drawings that are held every three and a half minutes. There are also instant games that mimic slot machines. These tickets start at $.50 and run up to $2. 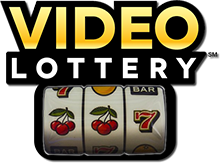 There are two forms of legalized live Georgia gambling . The oldest is charitable bingo. This is low limit action with small prize pools.

The other form of live gambling in Georgia is video lottery. This involves slot machines that require some level of skill. The technical term for these games is redemption machines. The most common games involve the machine showing three reels and the player using skill to determine which reel to move to place in the final spot for the best payout.

Some operators use machines that do not conform to skill being an element. There is still debate about how the Georgia Lottery will act in regards to enforcement of devices that do not fall completely within the rules.

There are no Georgia casinos within state borders, but players can certainly find alternatives. There are several different ways Georgia casino gamblers can play the games: 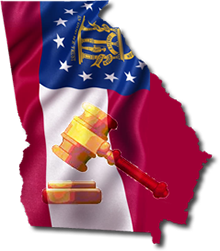 Georgia gambling laws make most betting and gambling illegal. Residents may not possess slots or video poker machines. Home poker games are legal but only if a rake is not taken from the pot or an entry fee demanded. Poker tournaments that offer prizes may not have a buy-in.

Bingo is only permitted for charities that register with the state. All revenue must be declared. Bingo may not have prize pools higher than $1,500 in a day or $3,000 in a week.

The Georgia Lottery was created to fund education. Taxes generated by the lottery must be used for the HOPE Scholarship. This funds college tuition for qualifying students. It also pays for pre-k classes.

The Georgia Lottery began taxing the machines at 5 percent of net revenue in 2013. That number goes up one percent annually until it reaches 10 percent.

The Georgia Lottery is given the authority to regulate all forms of commercial gambling in the state. It may create new gambling segments without the authority of the state legislature. The Georgia Lottery has the power to open video lottery casinos, however, it has chosen not to do so. Management at the state lottery has refused to move into casino gaming without specific direction from lawmakers.

Where to Gamble in Georgia

There are no Georgia casinos that operate in-state. There is currently only one cruise ship that take Georgia casino gamblers into the ocean. The only ship remaining is the Emerald Princess II out of Brunswick. The Tradewinds Casino that docked in Savannah has been permanently closed. This ship offers all kinds of casino games including, slots, video poker, and table games. Players in the Atlanta area travel to Harrah’s Cherokee or Harrah’s Murphy in North Carolina or go to Mississippi for casino action.

This is the best alternative players have currently, unless legislation is passed soon where Georgia casinos can become a reality.

Video lottery is available throughout the state in convenience stores and bars. These are slot machines that require the player to perform one skillful act to complete the spin.

Georgia has long been a conservative state that frowned upon gambling. It took until 1976 for charities to be able to offer bingo and raffles. The rules to this day only permit prize pools of up to $1,500 per night and $3,000 per week. The proceeds must go to a registered charity.

Georgia residents approved a constitutional amendment to create a state lottery in November 1992. The first scratch-off ticket was sold on June 29, 1993. There were 52 million lottery tickets sold the first week. The sales goal of $463 million was hit in the first five months. It was the most successful lottery launch in history at the time.

The Georgia Lottery started a weekly lotto game the same year. It also joined multi-state drawings like Powerball and Mega Millions. Keno drawings were also added. This game is typically found in bars. New numbers are drawn every three and a half minutes. 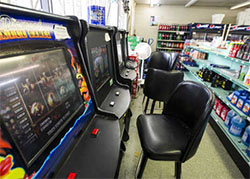 Video poker made an unwanted entry into Georgia in the late 1990’s. The games snuck through the back door of a statute meant to permit redemption games at arcades. Video poker parlors opened throughout the state and peaked around 2000 after South Carolina banned video poker. Most machines were Pot O’ Gold machines that featured Shamrock 7’s, an incredibly popular video poker game in the South.

The games were not regulated for fairness. The only tax revenue generated came from machine licensing fees.

Governor Roy Barnes called a special session of the Georgia Assembly in 2001 to address the state flag. A video poker ban also came out of this legislative meeting. Video poker companies managed to defeat the law in the lower court but the Georgia Supreme Court threw out the earlier ruling. Video poker died in Georgia in June 2002.

The video poker ban outlawed machines that used cards or anything similar, as well as keno games. Slot machines that required any degree of skill were not banned. This was the next version of video gambling in Georgia.

The same payout rules applied to these slots as video poker. Players could still not receive cash for winnings, nor could they buy alcohol or tobacco products. The state challenged the legality of the games and the Georgia Supreme Court ruled that slots that require skill were legal under state law. Lawmakers were left with two options. They could outlaw games that involved some chance at Chuck E Cheese and Dave N Busters or they could just accept that the slot machines were there to stay.

In 2013, the state legislature decided to accept the existence of slot machines in gas stations and bars by legalizing video lottery. A tax of five percent was levied on the games starting July 1, 2013. The tax rate goes up one percent each year until it caps at 10 percent. All legal games must be connected to a regulatory system monitored by the Georgia Lottery. There have been enforcement issues involved with video lottery. State and local police, as well as lottery officials, continue to battle underground video gambling.

The Georgia Lottery launched online games in 2014. Players can purchase tickets for lotto and keno drawings over the Internet. There are also instant games that closely resemble slot machines.

Casino companies have been scouting Atlanta as the next potential gaming market. Boyd Gaming, Las Vegas Sands and MGM Resorts are among the interested companies. The 2016 Georgia Assembly is expected to take up the discussion about Georgia casinos and gambling expansion.

Are there casinos in Georgia?

No. The only Georgia casinos are cruise ships, with the only one remaining docking in Brunswick. They must go into international waters before they can legally offer casino games.

Where is the closest casino to Atlanta?

Harrah’s Murphy is the closest casino to Atlanta. Harrah’s Cherokee is only slightly farther away.

Are slot machines legal in Georgia?

The Georgia Lottery regulates slot machines that require some skill.

Can you buy Georgia Lottery tickets over the Internet?

Is horseracing legal in Georgia?

Is poker legal in Georgia?

Home games and bar tournaments with no buy-ins are legal. Commercial card rooms are unlawful in Georgia.

What is the minimum gambling age in Georgia?

The minimum Georgia gambling age is 18 for lottery and bingo. There is no minimum gambling age for video lottery.