Visit Brian Christopher’s YouTube page, and you’ll find comments like, “I literally watch your videos every night before bed. Love your content so much!” and “I don’t even gamble, but this is what I watch when I have time.”

So how does a man that films himself playing slots get followers that don’t even gamble? Anyone can be a content creator these days, but it takes a certain kind of person to stand out.

You will immediately understand the key to his success upon watching Christopher’s videos. If you don’t know the man who loves slots, you are about to.

What makes Christopher so relatable is his unassuming charm. He’s wholesome and honest, and his 500,000+ subscribers would probably tell you watching him feels like hanging out with a friend. They look forward to his daily videos and once-a-week live streams where he plays real money slots in casinos or answers their questions.

Perhaps part of his approachability is how he conveys his content. His videos aren’t polished or over-produced like many creators, and he doesn’t hide behind a persona. You get the sense that who he is on video is the same person he is in real life.

Live Interaction with His Followers

He also takes time to interact with his audience by reading comments and mentioning followers’ names. Sift through them, and you’ll see hundreds of good luck wishes and plenty of appreciation for his channel.

It’s often hard to take what influencers say at face value, but you won’t find Christopher sugarcoating anything. He doesn’t gloss over the fact that the house has the upper hand, and his honesty is refreshing.

During his live sessions, you get a front-row seat to all the ups and downs, and you find yourself celebrating his wins right along with him or commiserating his losses.

When you wade your way through his catalog of videos, you might be surprised at how often he comes out on top. All those good luck wishes must be working their magic.

His excitement is palpable when he hits the jackpot, and it’s almost as fun as winning one yourself.

While his giddy reactions to winning are a joy to watch, he’s a great sport when it doesn’t happen. And we must admit, as big of a bummer as it is, it’s much less of a blow than losing your own money.

You could probably attribute Christopher’s comfort in front of the camera to his years in the theater. He participated in numerous plays throughout his childhood and went on to study theater performance in Toronto. After spending a few years in France, he returned home to the film and TV industry.

Live streaming started as just a hobby for Christopher in 2016. As his list of subscribers quickly began to grow, he found himself needing to hire a manager. Before he knew it, he was creating videos full-time.

While he has a dedicated fan club called the Rudies, his biggest fan is Marco, his husband of over ten years. Christopher is one of the only openly gay casino streamers and was honored with the Harvey Milk Foundation Visibility medal in 2021.

He also partnered with the Plaza Hotel and Casino, where they have a section dedicated to his favorite slot games called The Brian Christopher Slots at Plaza. That, coupled with his revenue from Twitch and Patreon, has brought his net worth to $3 million.

BC Slots Schedule of 2022 Events

Brian has played countless games throughout his slots journey, and It would be challenging to name all the titles he has played.

But among his favorite quick hits and jackpot wins featured on his Youtube channel are Wild Blue, Quick Hit (and different variations), Buffalo slots, Wheel of Fortune (plus other variations), Diamond Rain, and Cleopatra slot games.

Play Golden Buffalo For Free before playing for real money!

Try Your Luck and Play for Real Money

In a world where influencers try everything they can to convince us to follow them, Brian Christopher has found success in just being himself. He’s managed to bring slots to people from all walks of life – even those who don’t gamble.

While you don’t have to be a slot aficionado to tune in, you might be by the time you log out. We can’t wait to tune in to Brian Christopher today, tomorrow, and in many more years to come.

How can I watch Brian Christopher playing slots on YouTube?

He has a website, and his own Brian Christopher Slots YouTube Channel, where he streams himself playing and interacting with his followers. You can catch his most recent slot videos there too.

Who is Britt on Brian Christopher Slots?

Britt Carter was the Director of Marketing and Business Relations of Brian Christopher Slots. Previously, she was the Events & Operations Manager. Britt worked with Christopher from June 2019 to July 2022.

Yes, he has been married to Marco for over a decade. They met in Toronto, Canada, and started their relationship in 2016. Marco (the couple prefers not to share his last name) can be seen joining BC on his casino gambling trips, but he does not gamble himself.

Who are the “Rudies?”

Rudies are what Brian Christopher’s fans call themselves. If you want to join them, you can even buy a membership. You can purchase one of eight membership levels, starting at $5 and going up to $1,200.

I love to travel! When I’m not researching and writing about the latest in online gambling, I spend most of my time outdoors hiking, kayaking, and appreciating nature. 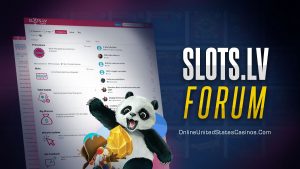 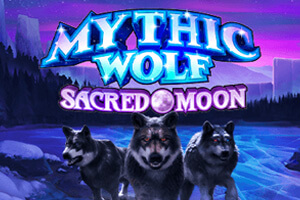