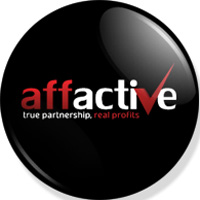 Last year, the owners of the Affactive and Revenue Jet Casinos were arrested and indicted for a “pump and dump” scheme they allegedly played a major role in, which caused all operations to shut down, including their affiliate programs. Gery Shalon and Ziv Orenstein were arrested on July 21, 2015 in Israel for their role, as well as Joshua Aaron, an American citizen, who participated in the conspiracy.

They face serious charges that could lead to more than 10 years of prison if they are charged with Money Laundering, Fraud, Wire Fraud, Securities Fraud, and Identity Theft.

The pump-and-dump scheme had two parts that made it so valuable for Shalon and Orenstein; the data mining hack of JPMorgan, and the stock manipulation.

For several months before being discovered, they had access to the bank’s vast network and information. They were data mining, gathering information about the stocks so that they could manipulate them and gain a profit. When the hack was found out and investigated, JPMorgan saw that they had stolen what would seem to be harmless data, the emails of their customers which would later be used to spam them during their fraudulent marketing campaign.

The SEC found out that they had invested in several penny stocks and inflated the prices up 1,800% before selling them for a $2.8 million in illegal profits. The way they did this was through a number of corporate identities, as well as stock promotion websites. They would state that a $5,000 investment would be worth over $250,000 in two years, getting a massive influx of investors, making the prices skyrocket.

As the SEC, FBI, and the Israeli government went after the men responsible, but they also went after private companies that these men owned, which would include Affactive and Revenue Jet, and any of the operations that were under their umbrella. During the raid of Shalon’s residence, a search found 2 million shekels, approximately $520,000, in cash. They would shut down operations for:

Due to the arrest and indictment of the owners, and the investigation into all of their operations by the authorities, all of their finances have been frozen, including salaries, player accounts, affiliate commissions, and any other accounts. There are also rumors that they used the same hackers to continue to grow their casino business, steal money from their own players, in order to fund their illegal stock market manipulation scheme. They caught Shalon and Orensetein, at what seems to be their trial run, as Shalon told Aaron after they had successfully hacked the email accounts,

Currently there are no updates on how the case is progressing, as it could take time, so do not hold your breath if you are waiting for any accounts to be opened in order to withdraw any funds you had.

Tags: Affactive, Casino
About the Author