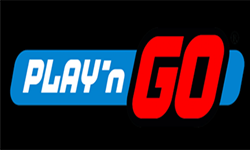 Play’n GO is a Swedish desktop and mobile casino software developer. Play’n GO was founded in 2004 and has been a steady supplier of gaming solutions for a full 12 years. Many players might not know much about Play’n Go Online Casino Games, because it is in the business-to-business (B2B) niche. Instead of supplying games directly to an online casino operator, Play’n GO licenses its games to a third-party software designer, which in turn licenses games to the online or mobile casino.

Thus, many gamblers in the European, Asian, and Australian gaming markets likely have played Play’n Go Online Casino games without knowing it. The Swedish company has had close ties with Net Entertainment for years, so you’ll often see a handful of Play’n GO games in casinos with NetEnt games.

As a so-called boutique game designer, Play’n GO develops its games with the ultimate flexibility, to be used in the desktop, instant play, and mobile formats. All games are designed for browser-based gaming, using either Flash or HTML5 technology. They are compatible with Android, iOS, Blackberry, or Windows Phone.

The company’s Bespoke Game Studio is the ultimate example of Play’n GO Online Casino adaptability. Given 2 months and a detailed description of the game they want, Bespoke designs tailor-made games for clients. This is the service which sets Play’n GO apart from the pack.

Play’n GO develops smart systems which handles mobile devices, online casino websites, and gaming terminals alike. Play’n Go Online Casino software is designed to be “uniquely customized”, so any operator or brand can tailor it to their needs. Video slots and table games are supported. Play’n GO’s Gaming Account Toolkit (GAT) is its own independent e-gaming platform. Operators will want to know it has a comprehensive back-office application which supports 32 languages.

Play’n GO maintains an active relationship with the respected review site, Ask Gamblers, which acts as a portal for free-play game demonstrations for the Swedish developer.

Play’n Go online casino software began their work in the casino game design industry way back in 1997. They would not establish their own design house until 2004. From the beginning, the designers worked with Flash, so the games loaded in the web browser, instead of requiring a software download.

The Bespoke Game Studio was launched in 2012, unintentionally creating considerable buzz for Play’n GO Online Casinos. Bespoke has set the company apart, and in many ways the company’s history is divided between before-Bespoke and after-Bespoke.

Bespoke is a pioneering concept which took B2B business to another level. Since then, the Bespoke Game Studio has designed about 25 tailor-made games. Other B2B developers have been asked to do the same, but not every boutique game designer has the creativity and skills to pull it off.

Advantages and Disadvantages of Play’n GO

The best known Play’n Go Online Casino games are boutique designs by Bespoke Game Studio, but that is a small part of the company’s production over the years. The Play’n Go Online Casinos have a full list of desktop and mobile slots, as well as table games. The sections below discusses the company’s conventional video slots, its designer slots, both kinds of table games, and its handful of video poker games.

Most online slots developed for Play’n Go Online Casinos were designed like any other B2B game developer would. The game concept, themes, graphics, sounds, and math model would be developed in-house. Then the game would be licensed to other casino software developers.

The following list includes the traditional video slots, as well as the Bespoke slots whose exclusive services contract have expired. When expiration occurs, those slots can be offered to a wider range of Play’n Go Online Casinos.

Play’n Go Online Casinos have baccarat, four variations of blackjack, three versions of roulette, and four table poker games. Most of the standards are here, including the basic versions of Blackjack, Baccarat, Roulette, and table poker. The multihand blackjack versions are offered, though players can scale back the multi-hand and multi-spin versions of games.

Some of the Play’n Go Online Casino games below might not look familiar to players. BEAT ME looks quite similar to Triple Chance Hi-Lo. When we started playing one, we thought we were playing the other. 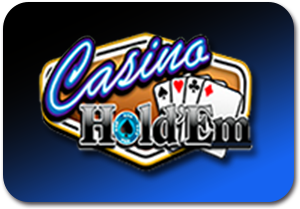 While we would prefer more blackjack options, the only real omission is online craps. We’re surprised Keno did not make it into the games inventory, too, since Keno is a game with a high house edge and most Play’n Go online casinos would want to offer it.

Play’n GO Online Casinos offers 4 video poker variants. The studio focuses on multi-hand video poker, but these games usually allow for 1-hand or 2-hand gaming, for those who do not like multihand video poker.

Once again, Play’n Go Online Casinos also offer the essential games. We would prefer a few other options: All-American, Aces and Faces, and perhaps Bonus Bonus Video Poker. These are minor quibbles.

Bespoke offers a made-to-order games studio at Play’n GO. To initiate a designer slot machine, a client sits down with Play’n GO’s Bespoke designers to discuss the game concept, themes, graphics, music, and “maths model”. Most of the time, Bespoke uses an existing mathematical model, but they have been known to develop a unique model for a game.

When Bespoke Game Studio develops a boutique game, the standard deal is a 1-year exclusive services contract. It takes about 6 months to design a new game.

Other Studio Games by Play’n GO

Bespoke has designed two online scratch cards to this point. Online scratch cards are less involved than online slots, because they have fewer features or graphics. Thus, these should be quicker to produce than the interactive slots described above.

Believe it or not, Play’n Go Online casinos offer designer fixed-odds games, too. This game looks (slightly) like a 3-reel slot, but it’s not. The game has three reels. After each spin, you must guess whether the next number one of the reels is going to be higher or lower than the number showing. As long as you pick correctly, the game continues.

Triple Change Hi-Lo is a game that actually has a little bit of skill to it. Players increase their odds by betting on numbers that are either high or low. This is simple enough, but we can see Triple Chance Hi-Lo working as a mini-game.

The list of casinos below are just some of the sites which offer Play’n Go slots. These games are usually branded under another name, so you’ll need to look on the Play’n Go official site to know which games to play.

In the B2B business, top companies can be overlooked, because they do not deal with the public that much. Though Play n Go casino software has been around for 12 years, it is only in the past couple of years that the design team has gained the recognition they deserve.

Play’n GO is an advanced game development studio. To design boutique video slots on the fly takes a certain amount of creative virtuosity. Because so much is designed using HTML5 technology, the games tend to have vivid art renderings. This is a cutting edge designer game studio.

In producing flexible game solutions in a relatively short game span, certain realities must be observed. Bespoke Game Studio slots are solid visually and mathematically, but they often do not have an abundance of features. Many players love to have a game chock full of multipliers, wild symbols, scatter symbols, free spins, and bonus games. While Bespoke has those, do not expect a game stuffed with features.

The more traditional B2B games from Play’n Go have more options. Even then, it is the nature of B2B to offer competently-done slots for a broad audience.

To learn about other companies in the industry, visit our Casino Game Software page.