Minnesota gambling offers a number of options to choose from. It all started with bingo in the 1940’s. Minnesota caught up to neighboring states in the 1980’s when it legalized horse racing and pari-mutuel pools related to it. A state lottery was added later in the 80’s. Seven Minnesota tribes received permission to offer slots and video poker around the same time.

Minnesota casinos have since expanded. Blackjack and electronic table games are allowed at Native American casinos on reservation land. Card club licenses were created to permit Canterbury Park to reopen its shuttered track and fund it with revenue from poker and card games banked by the house. Running Aces later obtained the same license.

Did you know your gambling winnings are subject to federal income tax? OnlineUnitedStatesCasinos has gathered everything you need to know about paying taxes. Find out how to report your gambling income with our detailed Gambling Taxes Guide.

The only form of legal Minnesota online gambling is off-track betting on horses. Sites like TVG, TwinSpires, and BetAmerica accept players from the state. Races at Running Aces and Canterbury Park may not be wagered on through these websites and mobile apps.

Daily fantasy sports sites consider Minnesota a state where the contests are legal. The state legislature and attorney general have not given any reason to think otherwise. DraftKings, FanDuel, Yahoo!, and CBS Sports are among the sites that accept Minnesota players.

The Minnesota Lottery once sold tickets over the Internet. The state legislature tried twice to force the lottery out of the business of online sales. It was successful the second time.

There are many types of legalized Minnesota gambling. Charities may hold bingo games and raffles. The Minnesota Lottery sells scratch-off and lotto tickets at convenience stores throughout the state.

Canterbury Park and Running Aces have live horse racing. They also have a card club that offers poker, blackjack, Three Card Poker, Pai Gow Poker, baccarat and Ultimate Texas Hold’em. Off-track betting is also available at both of these tracks.

Native American Minnesota casinos may offer slots, video poker, and blackjack. Bars offer video pull-tab games. These mimic slot machines. These were rolled out to help pay for a new stadium for the Minnesota Vikings. That has been a disaster as the games are not popular among tavern patrons. 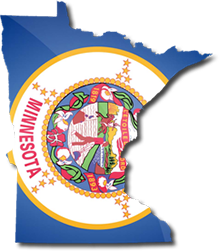 Reservations are the only places in Minnesota where slots and video poker are legal. Tribes must create a compact with the state and pay fees to offer electronic games. Blackjack is permitted at these tribal Minnesota casinos but is exempted from the fee requirements as it is also available at card clubs.

Racetracks are permitted to operate poker rooms. This also includes house-banked games that use cards. Permitted and taxable games include Texas Hold’em, Omaha, Seven-Card Stud, Ultimate Texas Hold’em, Three Card Poker, Pai Gow Poker, blackjack, and baccarat. The maximum poker bet is $100. This does not apply to table games. Card clubs get around this rule by offering timed tournaments where each chip equals one dollar. Prizes are awarded dollar-for-dollar on redeemed chips once the timed tournament ends.

Craps and roulette are not permitted in Minnesota. This includes card clubs and Native American casinos in Minnesota.

The Minnesota Lottery may only sell tickets through retailers. The state legislature made it unlawful for lottery tickets to be sold at gas pumps or over the Internet.

The only form of gambling permitted in bars that do not hold a gaming license is electronic pull-tabs. These mimic slot machines but are played on tablets. Proceeds go to charity and funding towards the new stadium that is home to the Minnesota Vikings.

Canterbury Park in Shakopee and Running Aces in Forest Park are home to the state’s two racetracks. Each also has a card club that includes a poker room, blackjack, baccarat, Pai Gow Poker, Three Card Poker and Ultimate Texas Hold’em.

There are 21 Indian casinos in Minnesota, with two of them currently under construction. This is where players will find slots, video poker, and blackjack tables. Electronic table games are also spread at some of these venues.

Find the full list of Minnesota casino locations, websites, and other information below. For a detailed guide on how to get to a casino, use our Minnesota casinos map to find the nearest one. 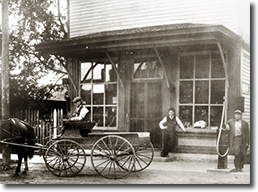 Bingo was the first game of chance legalized in Minnesota; that came in 1945. Only charities may spread bingo games. This was expanded to raffles, paddlewheels and tip boards in 1978. Pull-tabs were added in 1981.

There are two tracks today in Minnesota. Canterbury Park has seen many financial problems throughout the years. The loss of simulcast betting saw the track close in 1993. It later reopened and was eventually saved by the addition of a card club, as permitted by the state legislature. Running Aces later entered this same license category. Attempts to permit slots and video poker at Minnesota racetracks have repeatedly failed.

On July 1, 2011, Canterbury Park and Running Aces were forced to temporarily cease operations. This was not due to any action of the businesses. The state legislature and governor failed to agree on a budget. This forced a government shutdown that closed the state’s gaming commission. This was resolved on July 20, 2011, and the tracks and card clubs reopened.

Seven Native American casinos gained approval by the state to operate slot games and video poker in 1989. This was one year after the Indian Gaming Regulatory Act was passed by Congress. Blackjack was added in 1991 to the list of approved games.

The Minnesota Vikings received approval for a new stadium in 2012. One of the ways this was to be funded was by electronic pull-tabs in bars. These devices are tablets that offer games that resemble slot machines. While a small percentage of the proceeds go to charity, it was expected to raise $35 million for the stadium. The games failed miserably and did not generate any funds for the stadium. The state was forced to look elsewhere for tax money to pay for the Minnesota Vikings’ stadium.

This was a controversial project for many reasons. One is that the NFL keeps a distance from gambling. Existing gaming companies were not happy with the competition, even though it turned out not to be any threat to other forms of legalized gambling. Conservatives did not want gambling to expand to bars. The games still exist, even with the complete lack of popularity.

Is horse racing legal in Minnesota?

Yes. There are two tracks in the Twin Cities metropolitan areas; Canterbury Park and Running Aces.

Is off-track betting legal in Minnesota?

What games are spread by tribal casinos?

What games are spread by Canterbury and Running Aces?

What is the minimum gambling age in Minnesota?

The minimum Minnesota gamble age is 18 years, but some casinos that serve alcohol restrict patrons under 21 years.

Does the Minnesota Lottery sell tickets over the Internet?

What types of games may charities operate in Minnesota?